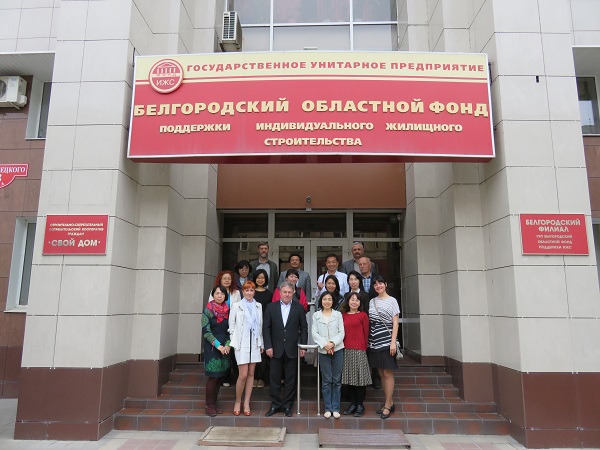 A group of eleven Japanese readers visited several Kin Estates in Belgorod region between 20th to 23rd April.  Their main objectives of this visit were to learn from the Russian head-starters how they had been constructing and designing their Kin Estates, and to obtain ideas how to start Kin Estates in Japan.  In every Kin Estate they visited, the owners welcomed them warmly with opened hearts, and kindly offered their home-made traditional Russian dishes, to which the guests were thoroughly delighted.  For many of them, it was their first time eating Russian food.  Japanese readers were very happy to see with their own eyes the Russian Kin Estates, and appreciated communicating with the owners. 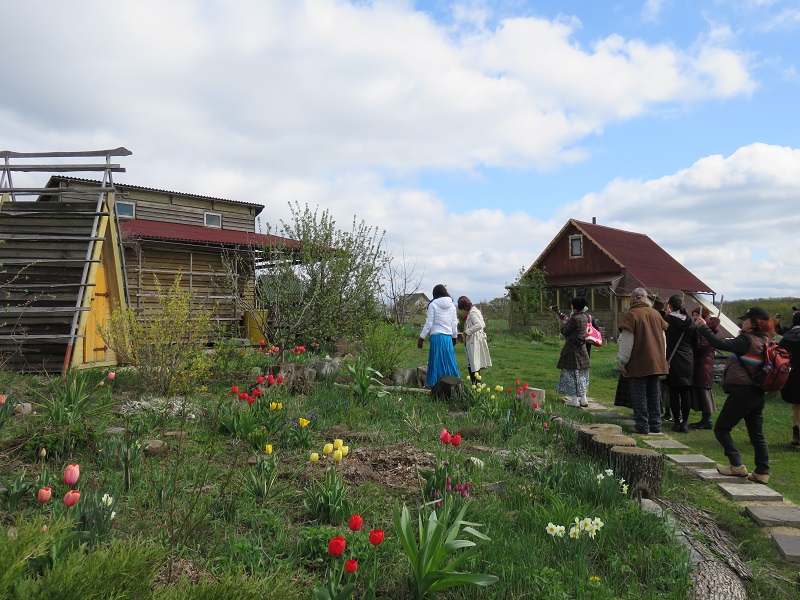 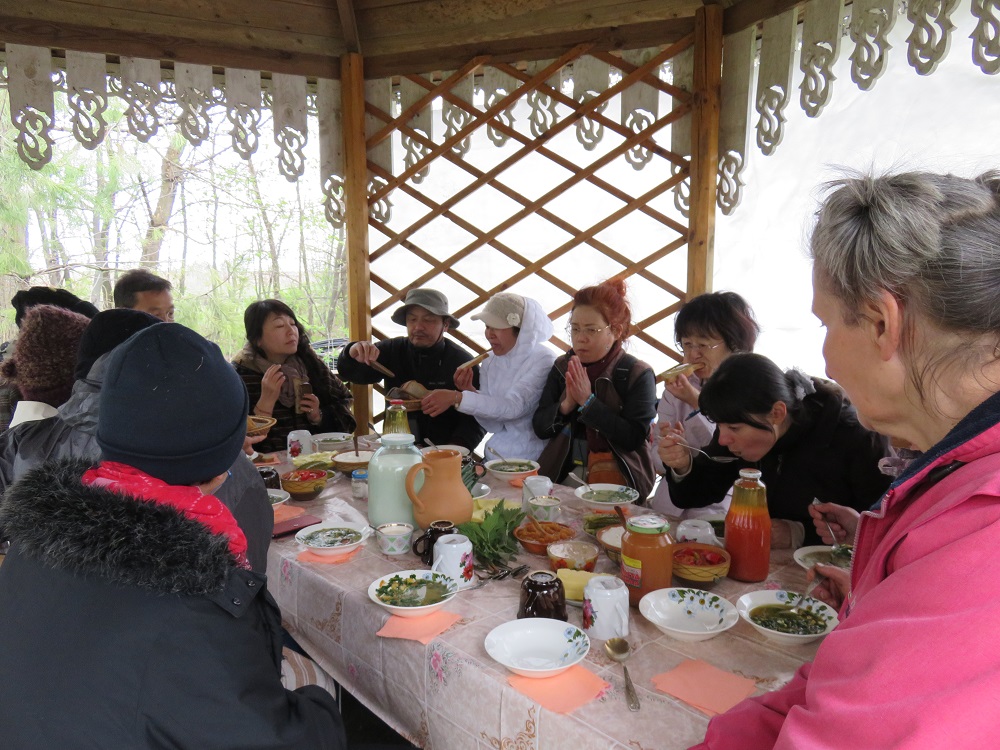 A group comprised of eleven Japanese readers visited Korenskie Rodniki Kin Estates settlement on 23rd April.   The readers and residents from other Kin Estates settlements of Belgorod region had gathered together and organized a festival in an ancient Russian style.   Beautiful songs were sang by the locals, followed by Russian folk dances, round dances and games, which the Japanese enthusiastically joined.  A great harmony and joy filled the open air venue.  In the end of the day, each of the participants exchanged ideas and thoughts with great smiles on their faces.  One of the participants shared his thoughts what almost every participants felt in the heart: “We are all one, and we are all united”. 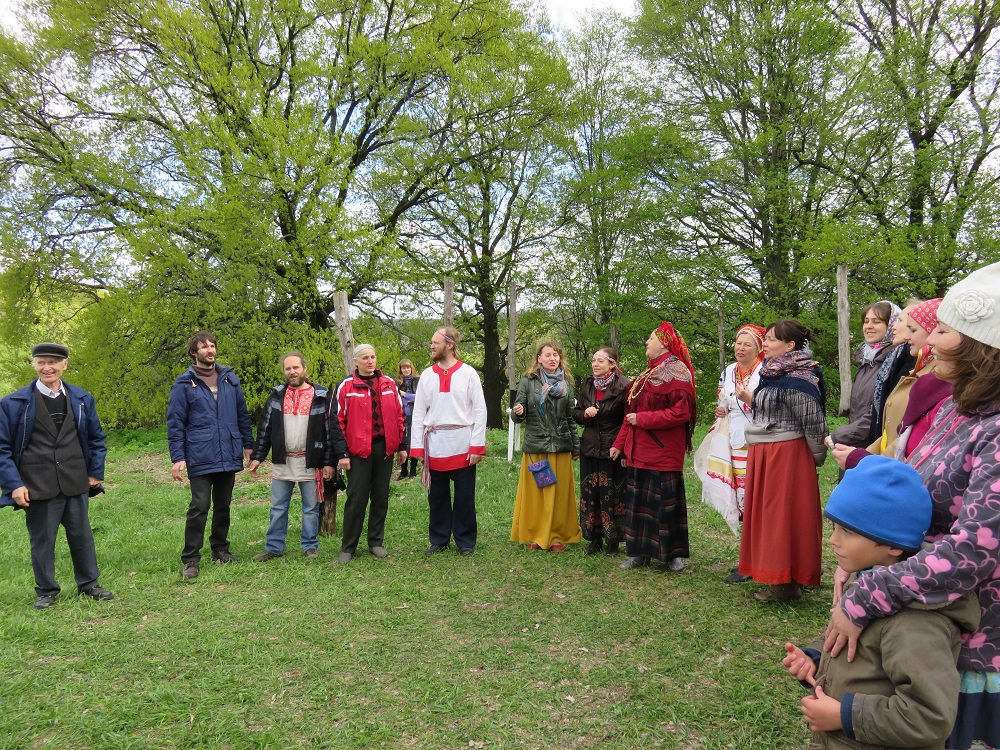 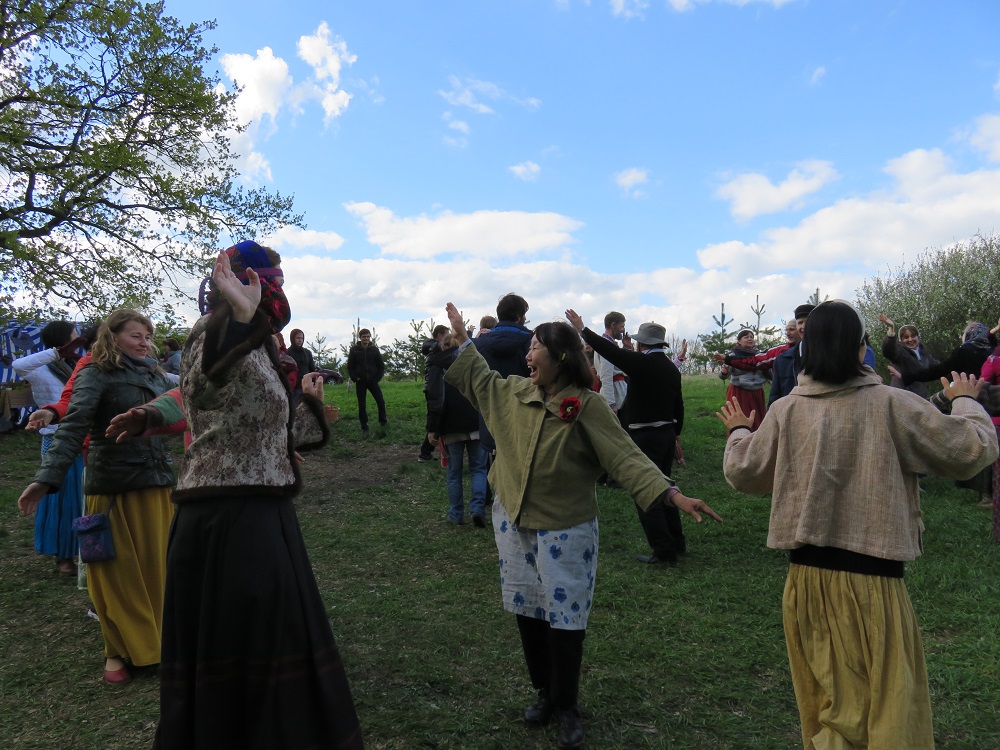 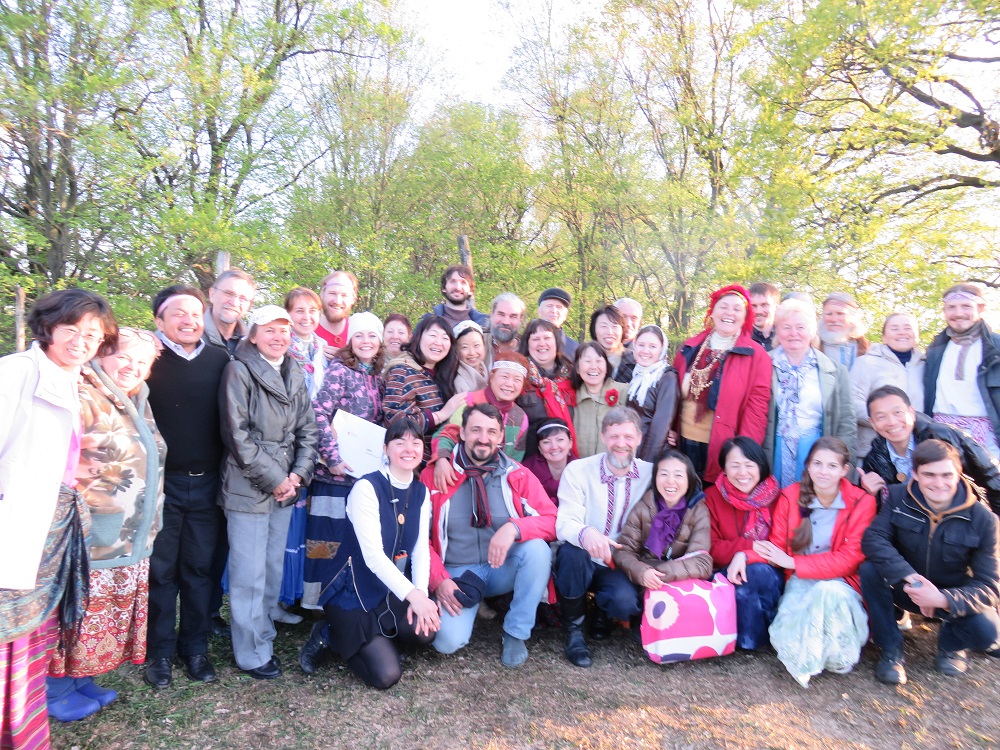 Japanese readers’ visit to Belgorod was broadcasted by the local television

A group of eleven Japanese readers visited Sinegorie-Vedrussiya Kin Estate settlement on 26th and 27th April.  Their main objectives of this visit were to learn from the Russian head-starters, and obtain ideas how to start Kin Estates in Japan.  The group visited several Kin Estates, a Bread Factory, a Vegetarian Sausage & Ham Factory, and a Stock Farm, etc.  All were impressed by the scale of the settlement, by the high level of the development people achieved there.  Japanese readers returned home after ten-days-trip, full of inspiration and bright ideas. 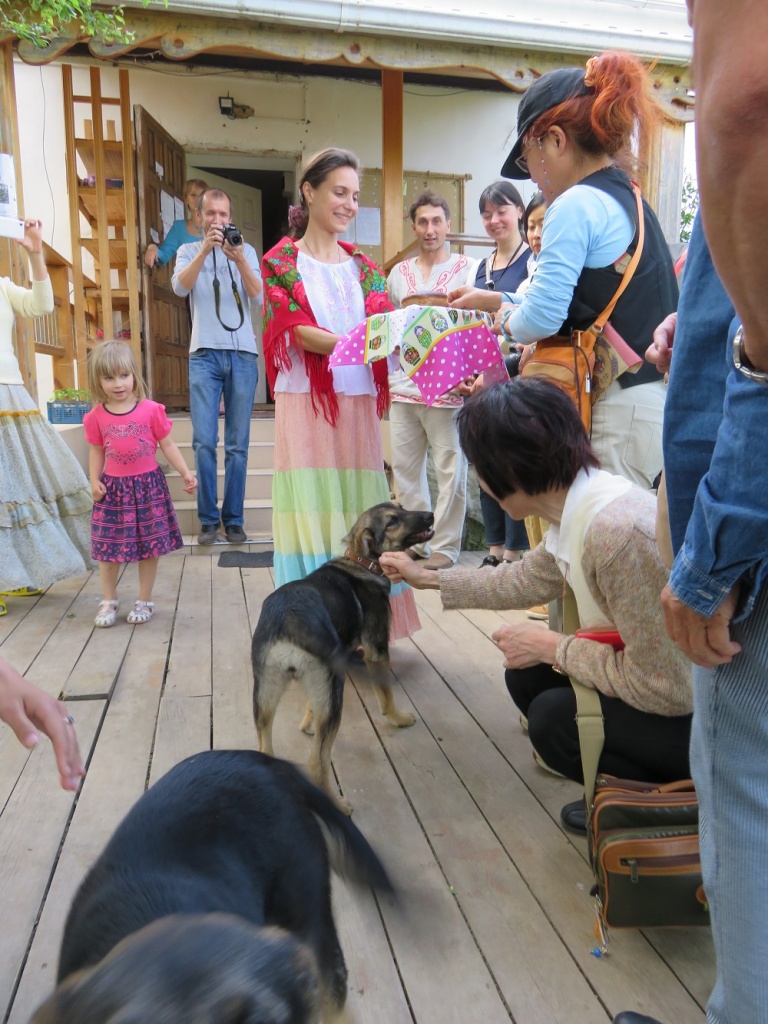 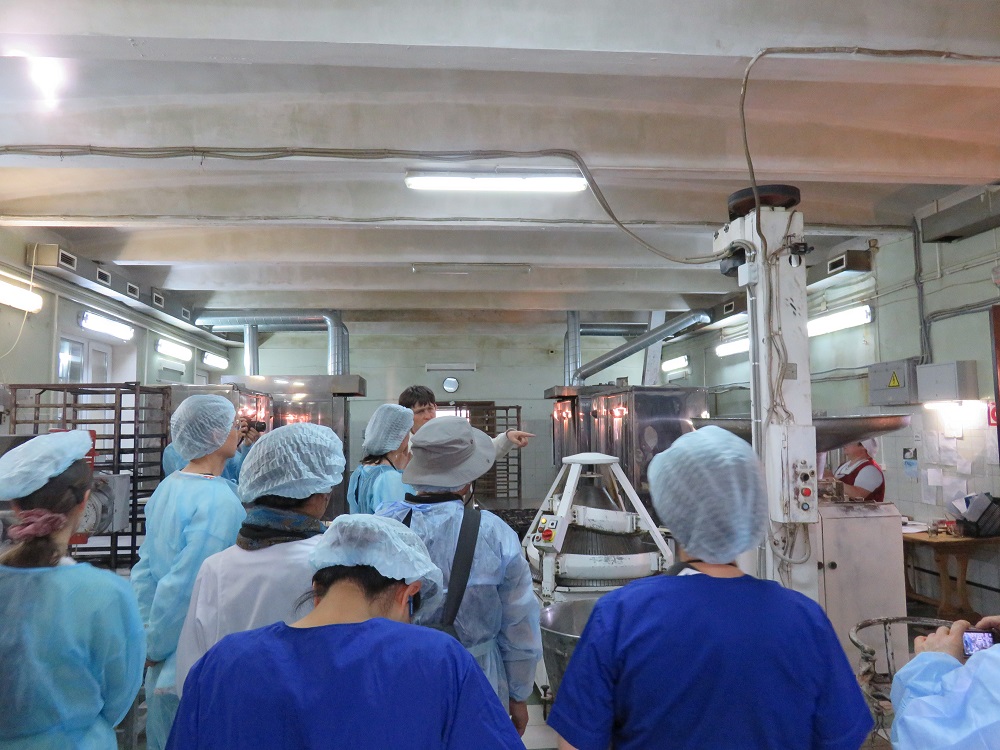 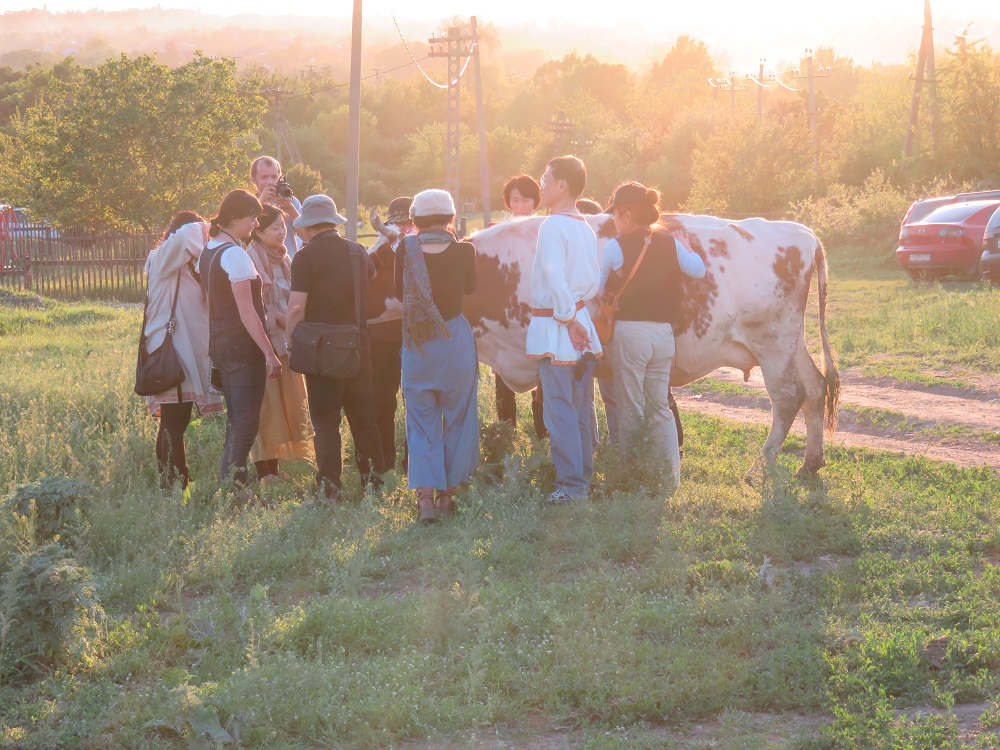