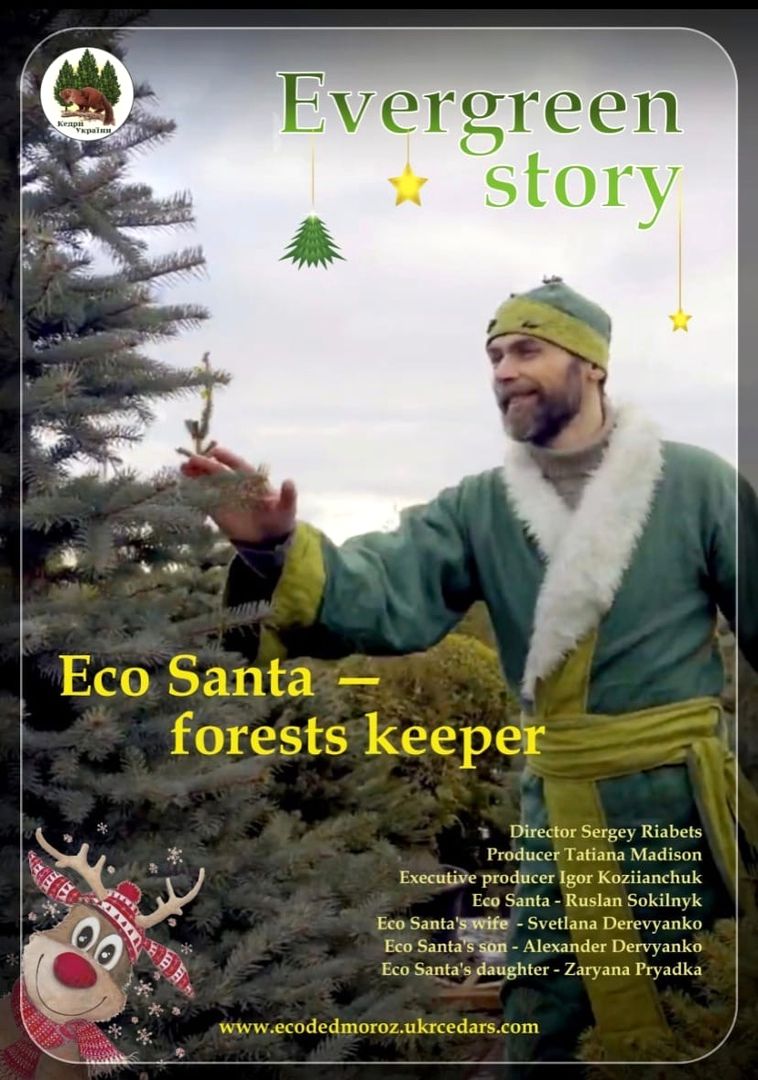 The social ecological film "Evergreen Story", which we filmed so cheerfully and actively for this New Year, was included in the program of the International Film Festival of the global network of filmmakers LIFT-OFF GLOBAL NETWORK. 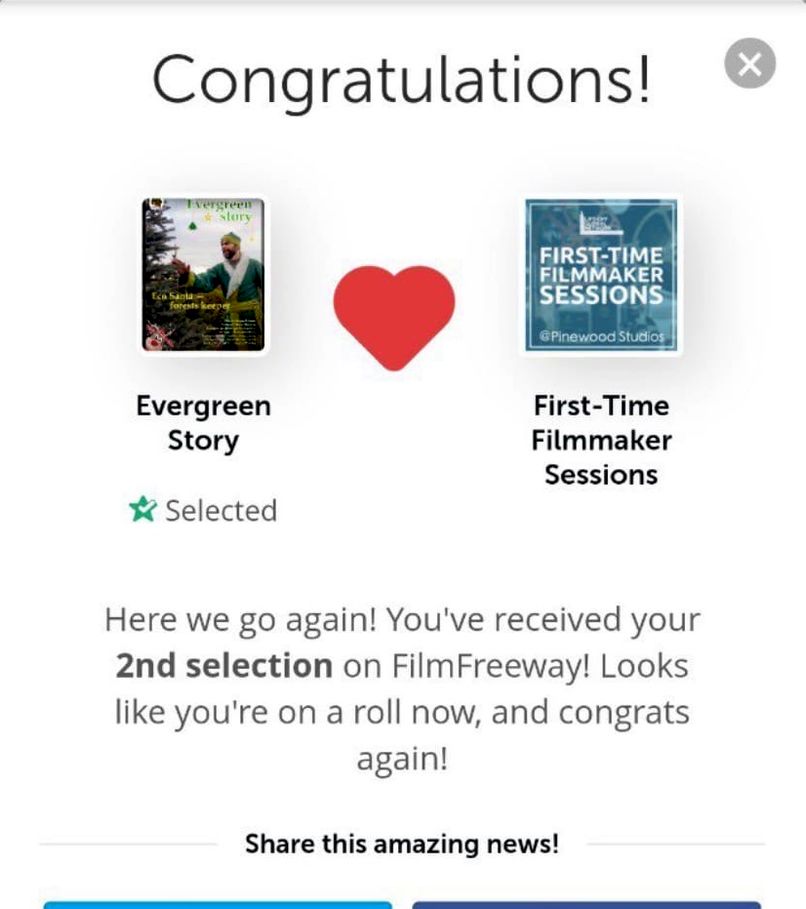 Throughout January, together with active, sympathetic and good friends Svetlana Derevyanko, Igor Koziyanchuk, Marina Sobko, Alexander Stepanov prepared the film for screenings at various film festivals: they translated and made applications in different languages, improved the Eco Ded Moroz website, translated titles, came up with posters, wrote synopsis, teasers. I learned so many new words and concepts during this time, and to a great surprise, my new cinematic "positions". 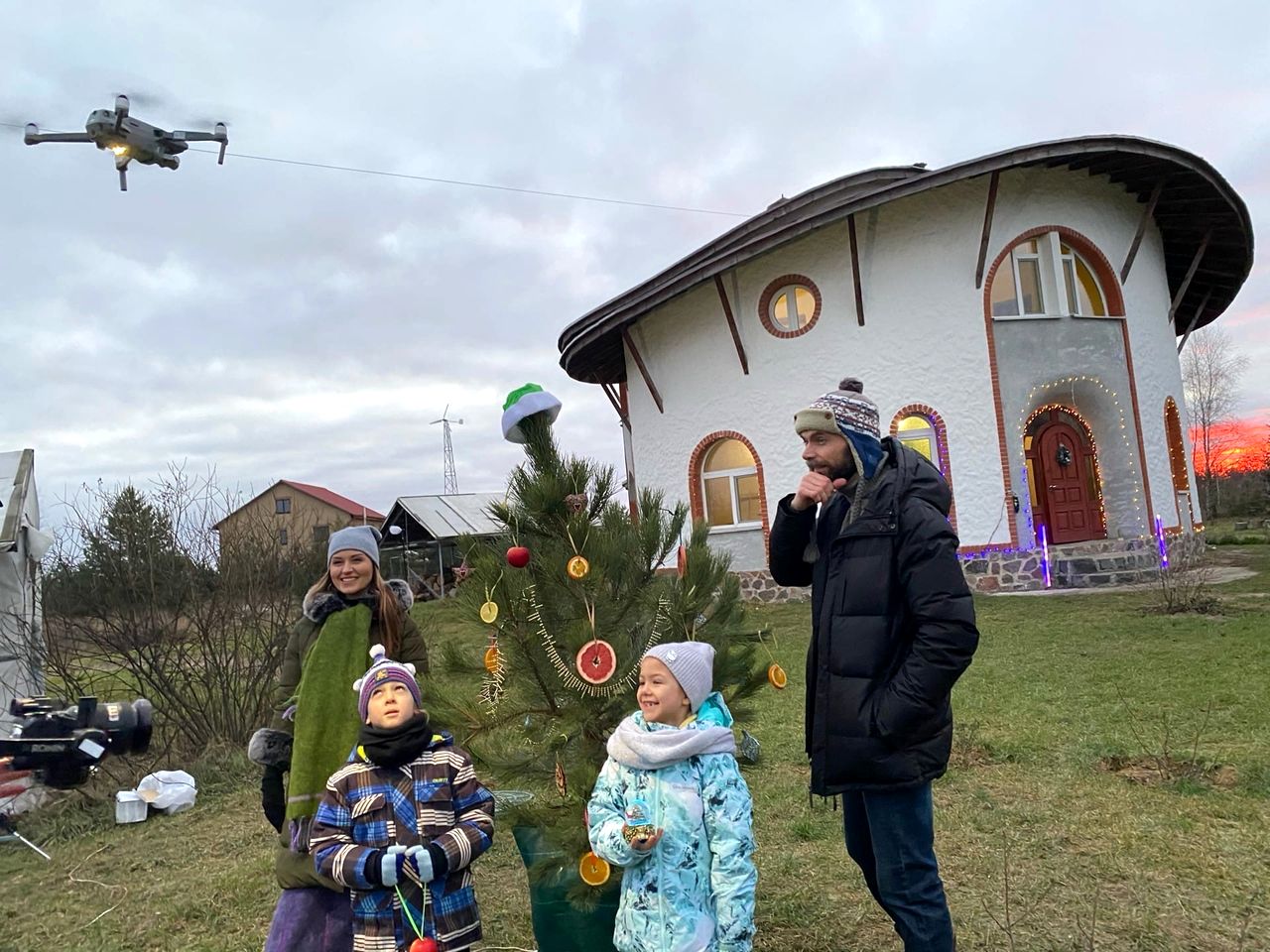 We have submitted more than 100 applications for festivals in different cities and countries of the world, so that as many people as possible can see good images of a healthy, happy future, which is already being successfully implemented in our country. In order to spread the ideas of the ecological celebration of the New Year (and Christmas) as widely as possible, planting Christmas trees and whole forests, creating Kin Domains and settlements, consisting of a careful and attentive attitude to all living things.

Now our first application has worked successfully! First-Time Filmmaker Sessions is taking place in England and has already started its work. The first round of the festival: a weekly online viewing of the participating films by all interested spectators with a vote for two they liked. Then, out of those films that were chosen by the audience with a majority of votes, a professional jury would select the best works according to their professional criteria. Voting has already begun.

"Evergreen Story" is in the short films section among 125 other nominees and has already received its first audience vote. However, participation in viewing and voting is paid. A ticket for a full week of online screening costs $ 15. With this state of affairs, I clearly understand that we will hardly be able to attract our support group to the vote, and therefore I am simply happy with this result and the new Souls who will be able to watch our film, even without any assessments. Let the images we put into the film evoke joyful emotions, good feelings and inspiration for our own good deeds. 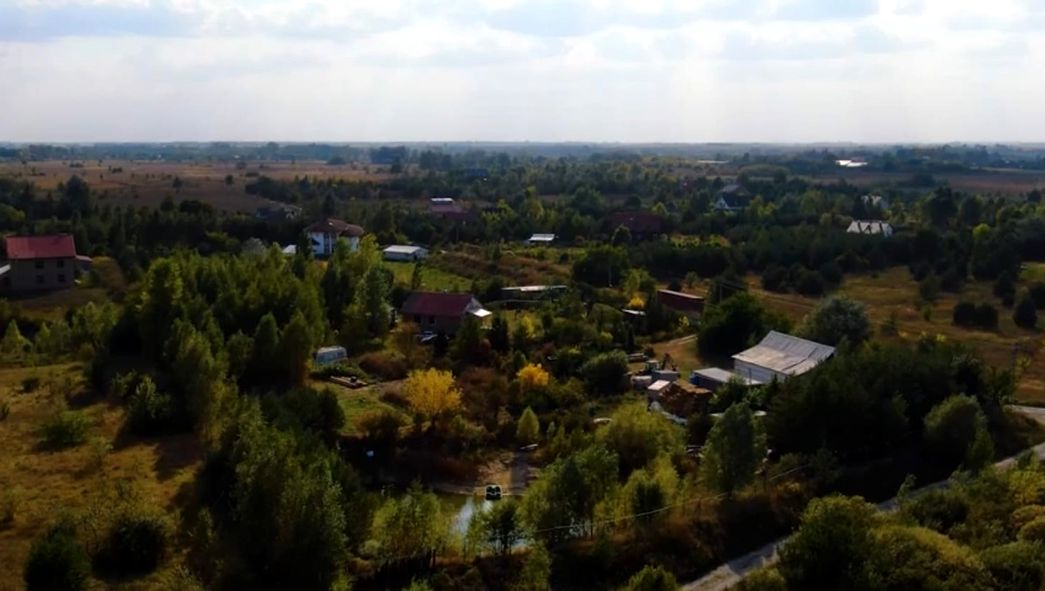 ****
Evergreen story - a new film by the creators of the KDS of Ukraine
https://anastasia.ru/news/detail/71904/