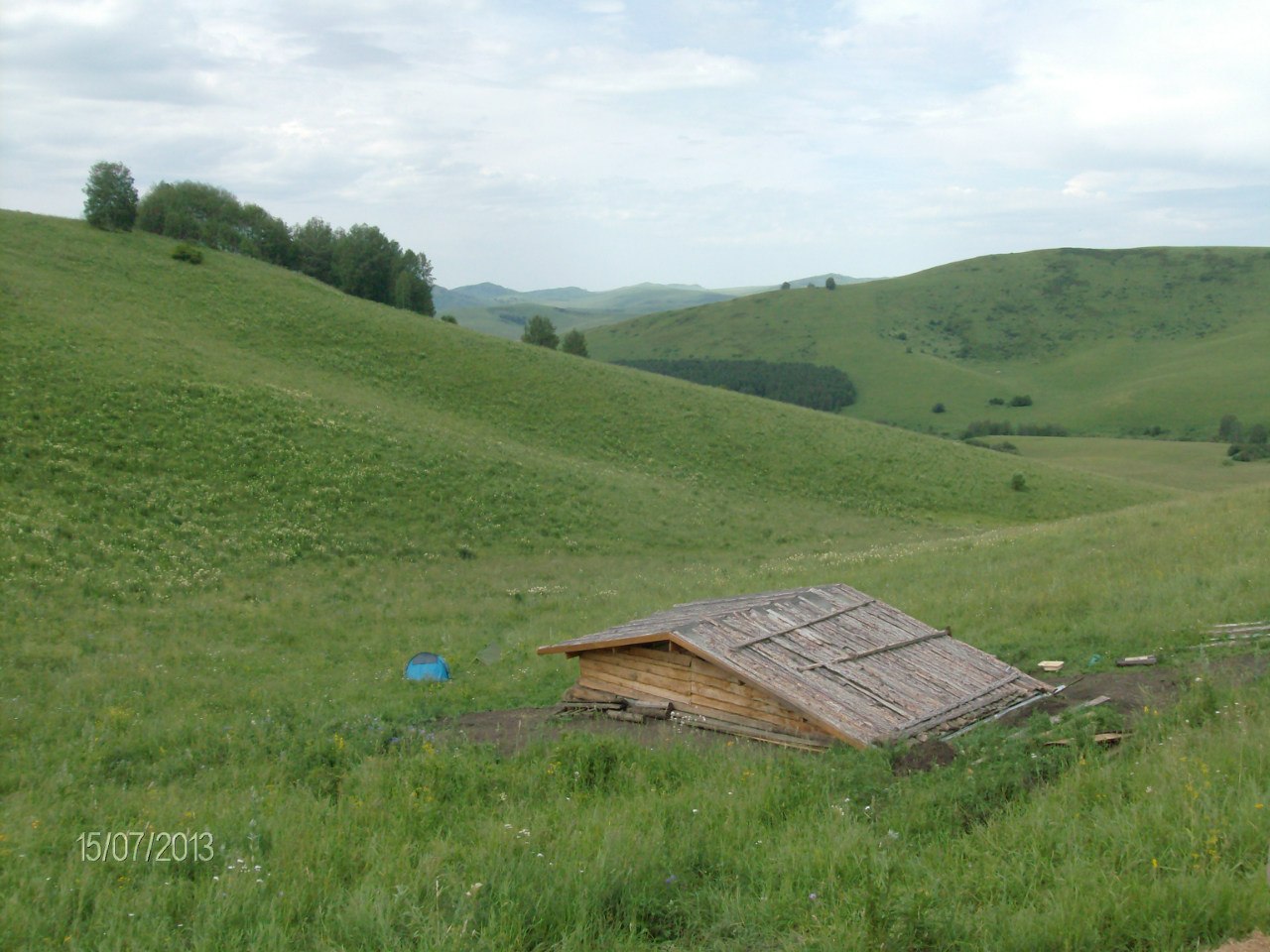 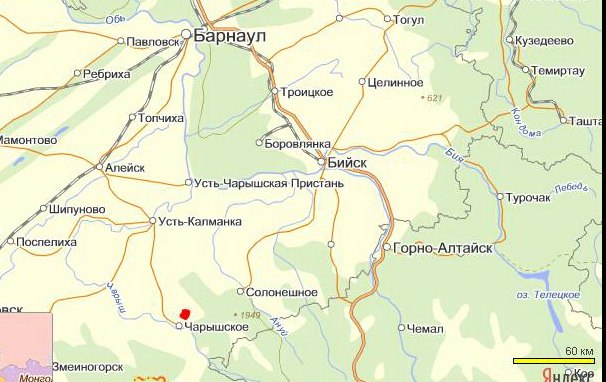 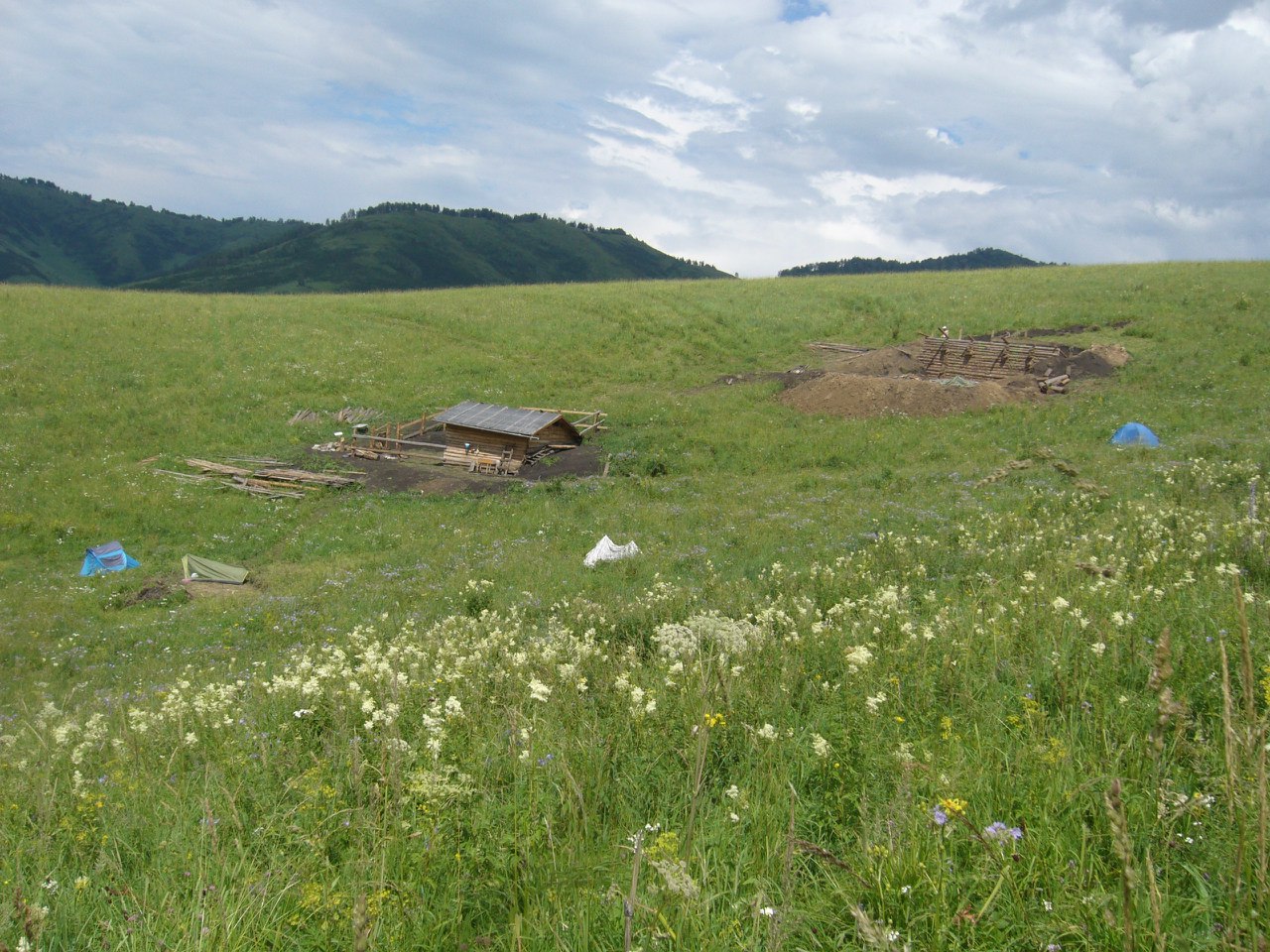 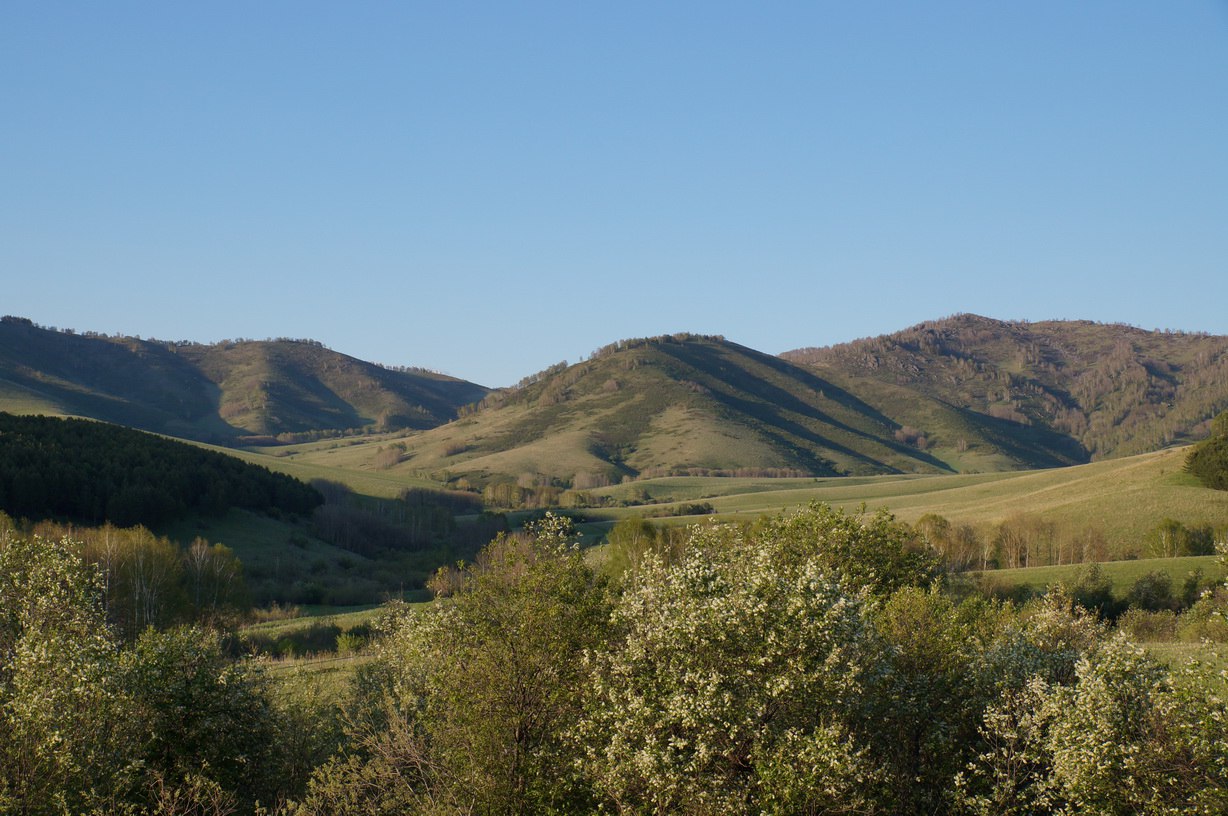 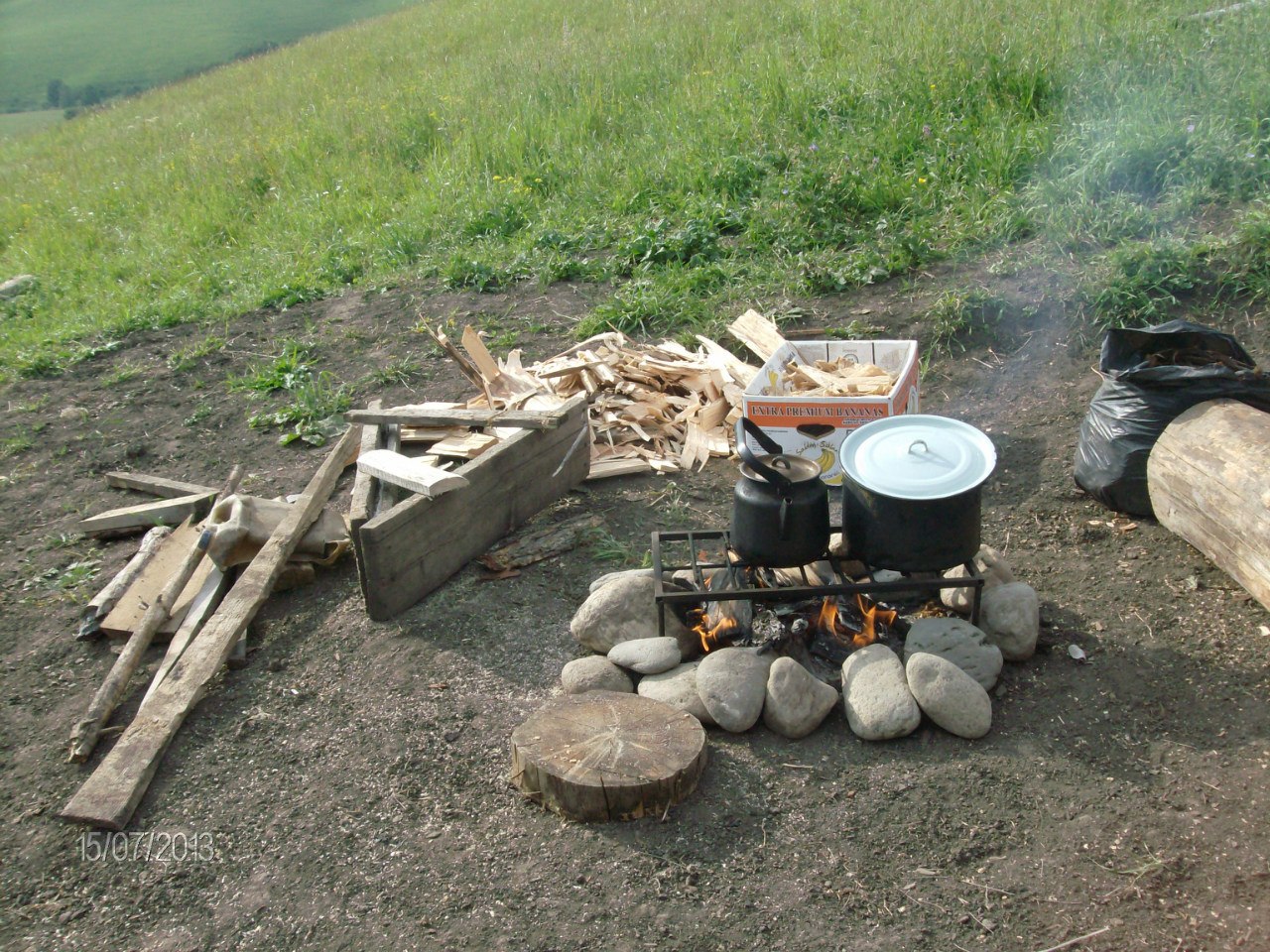 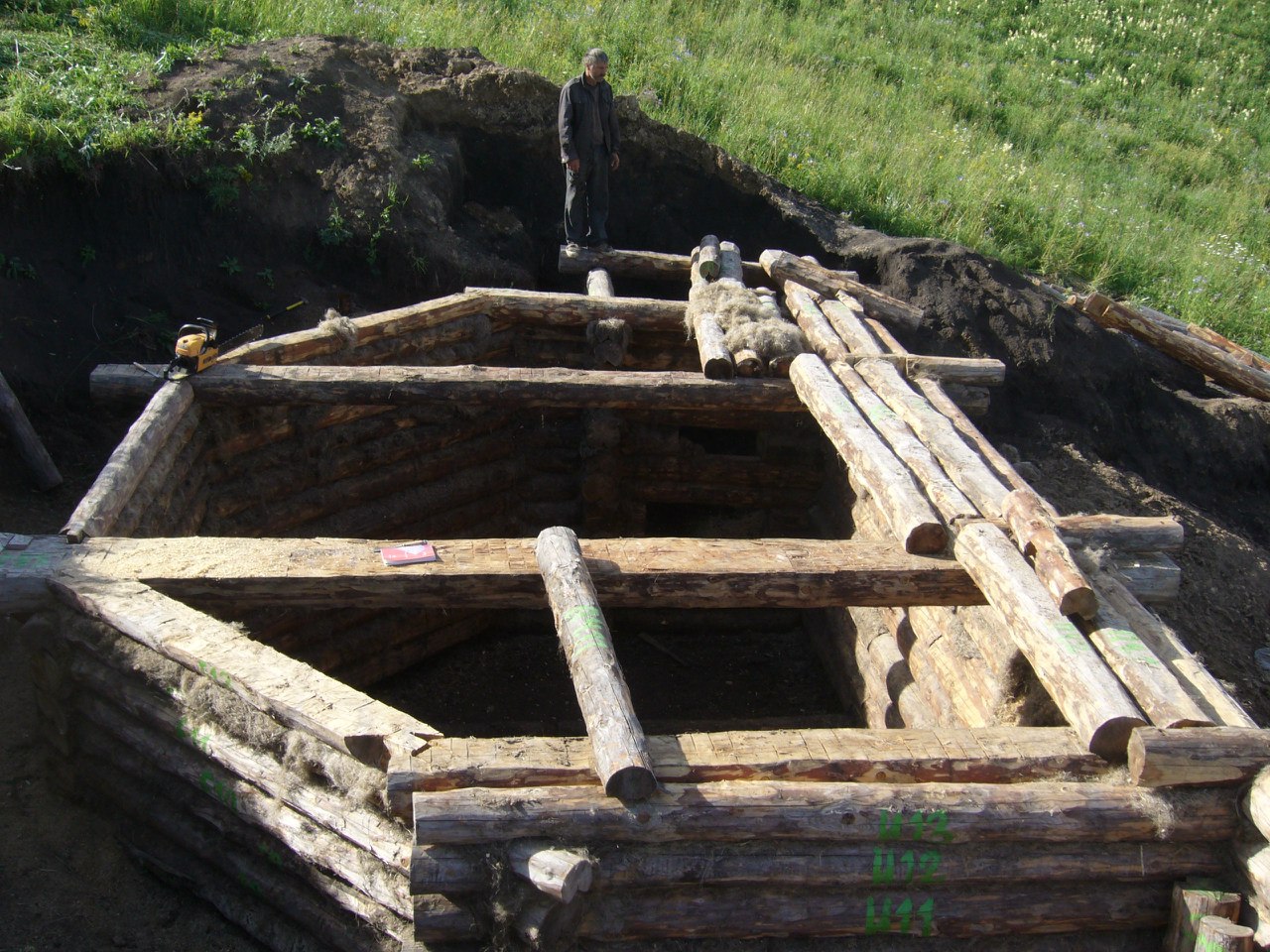 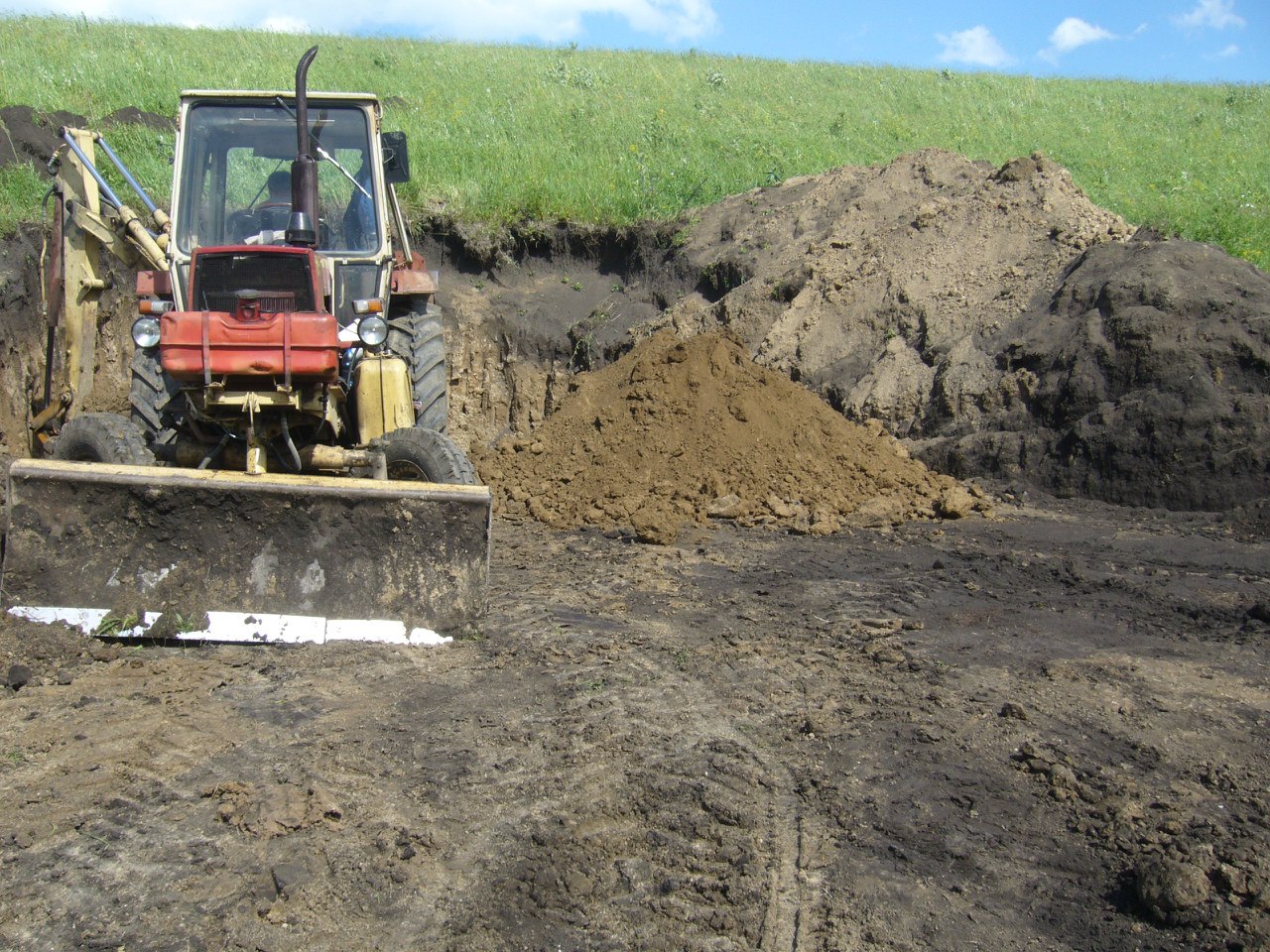 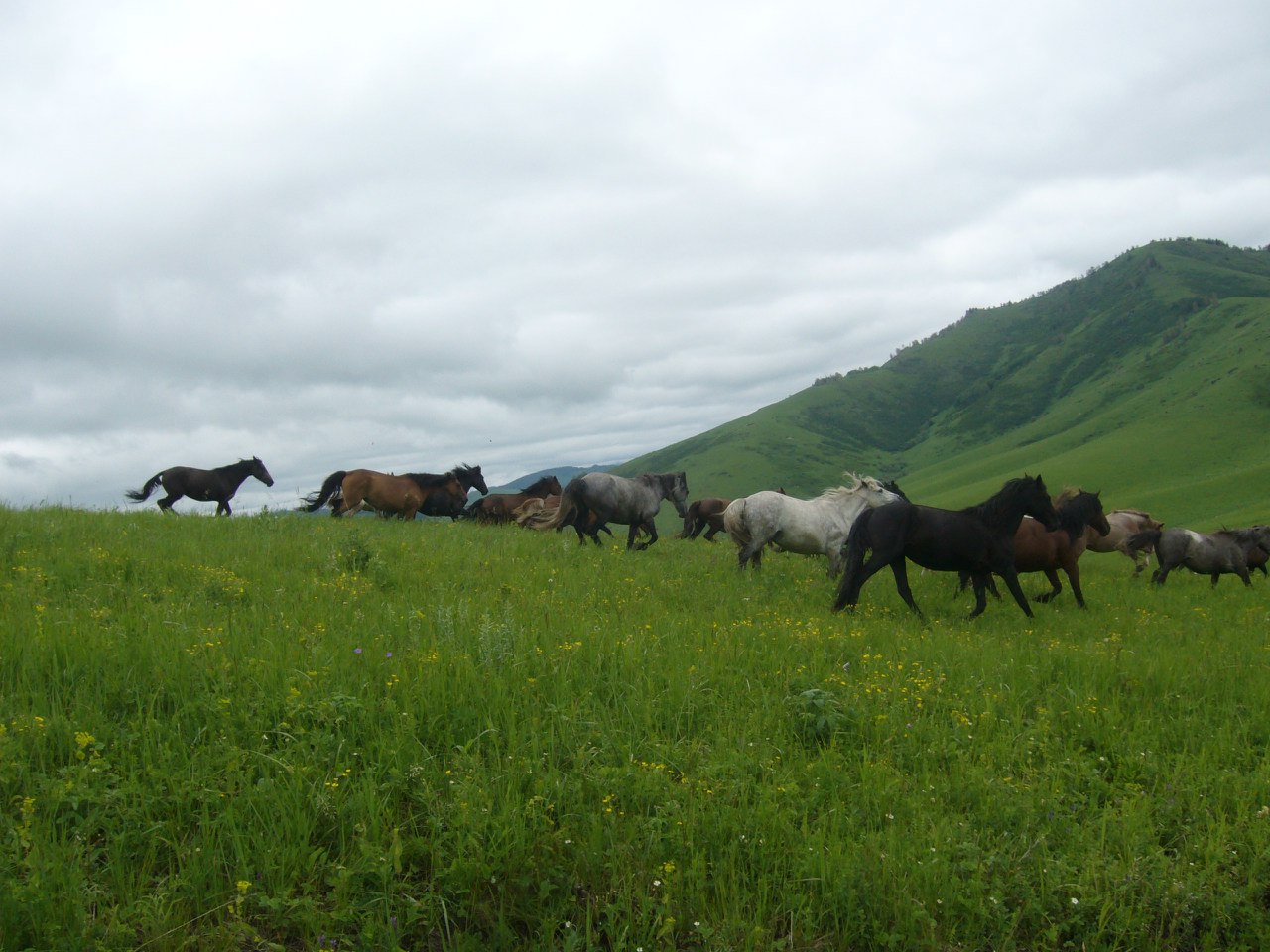 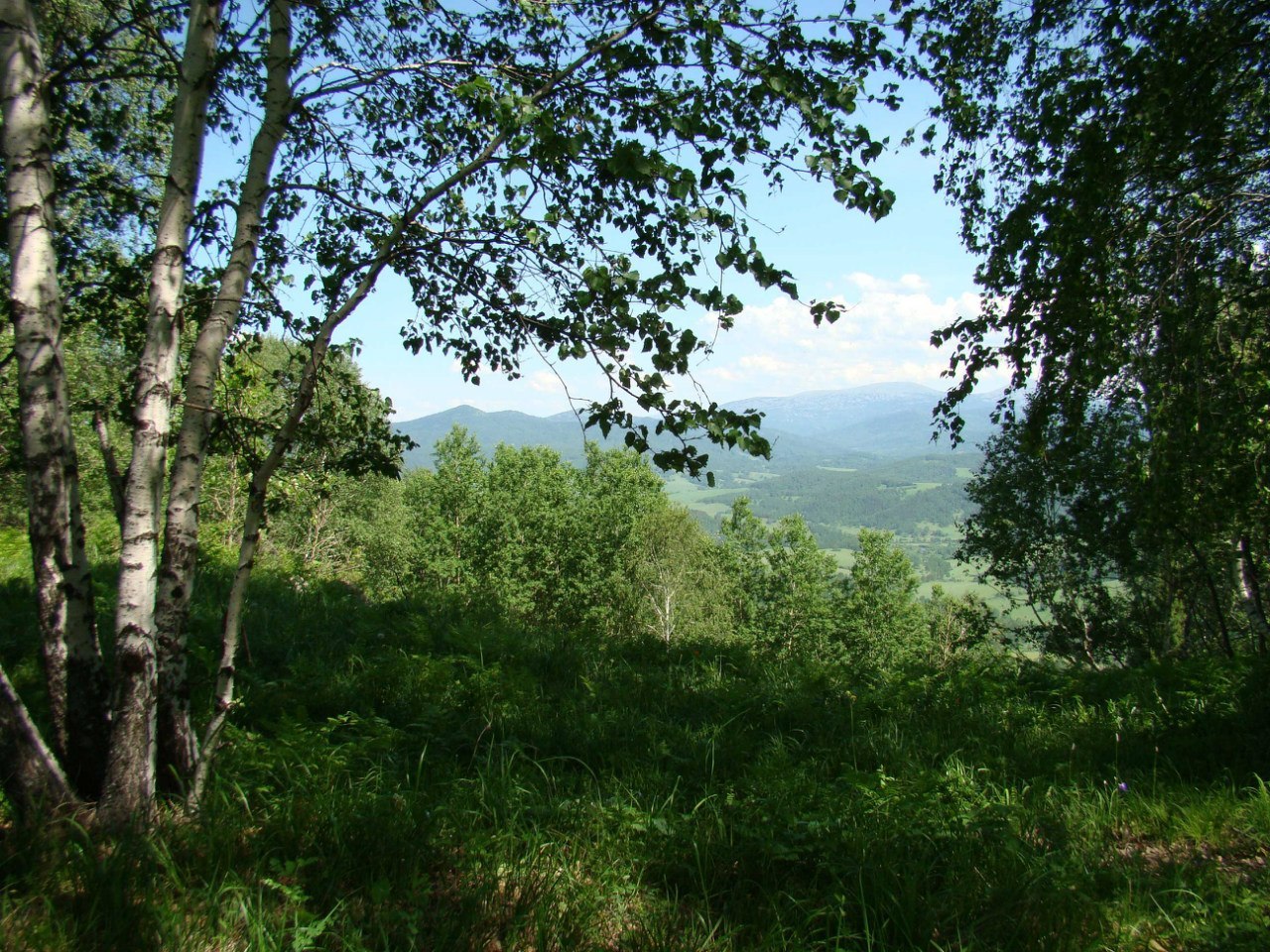 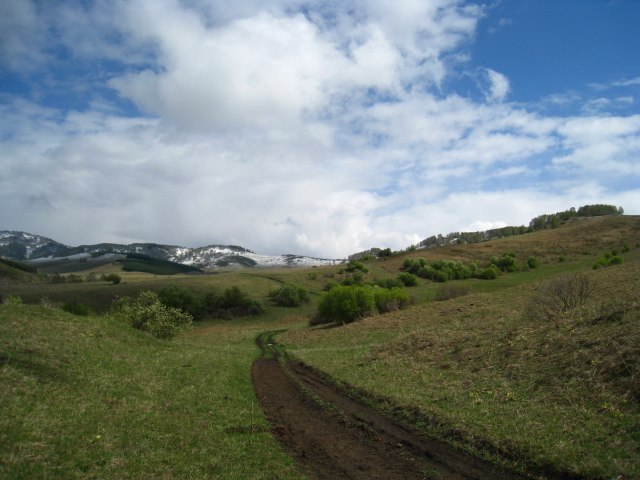 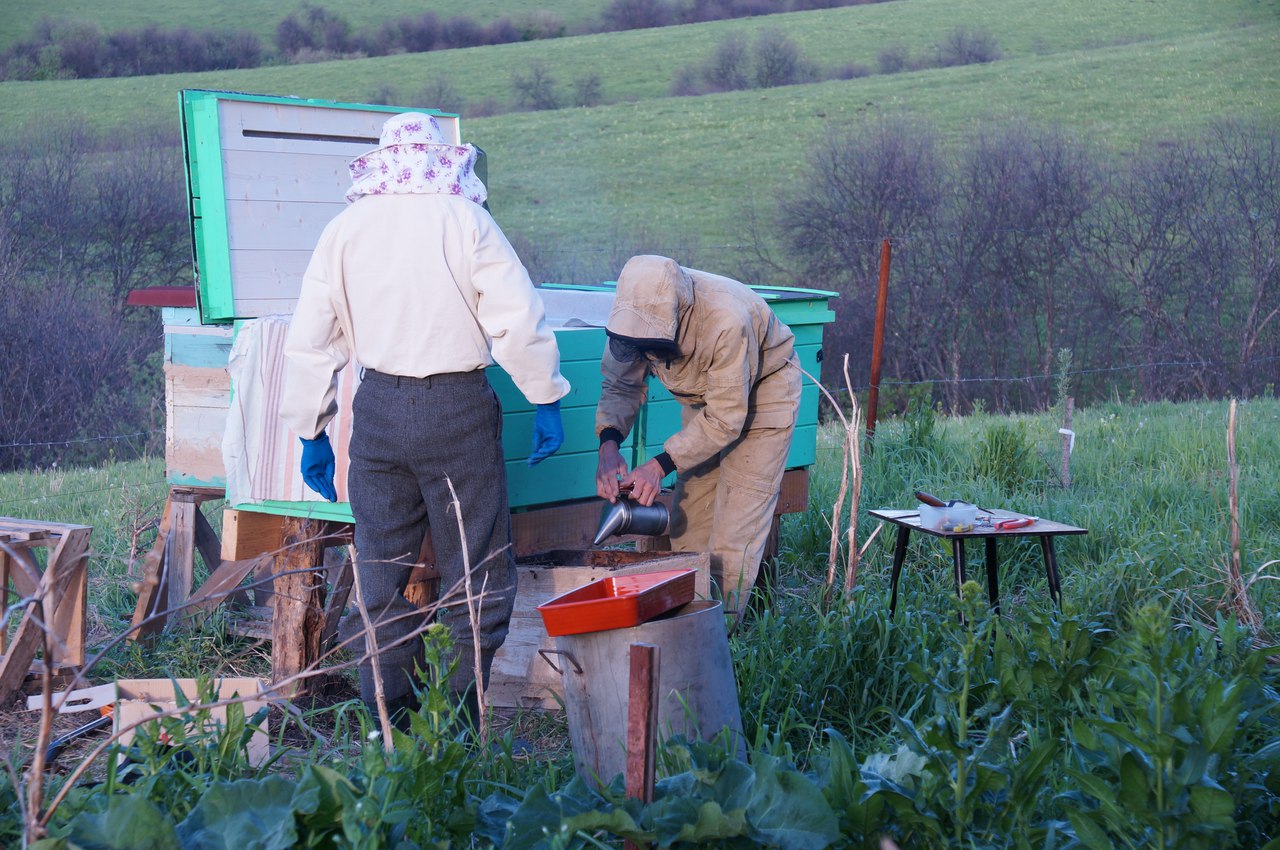 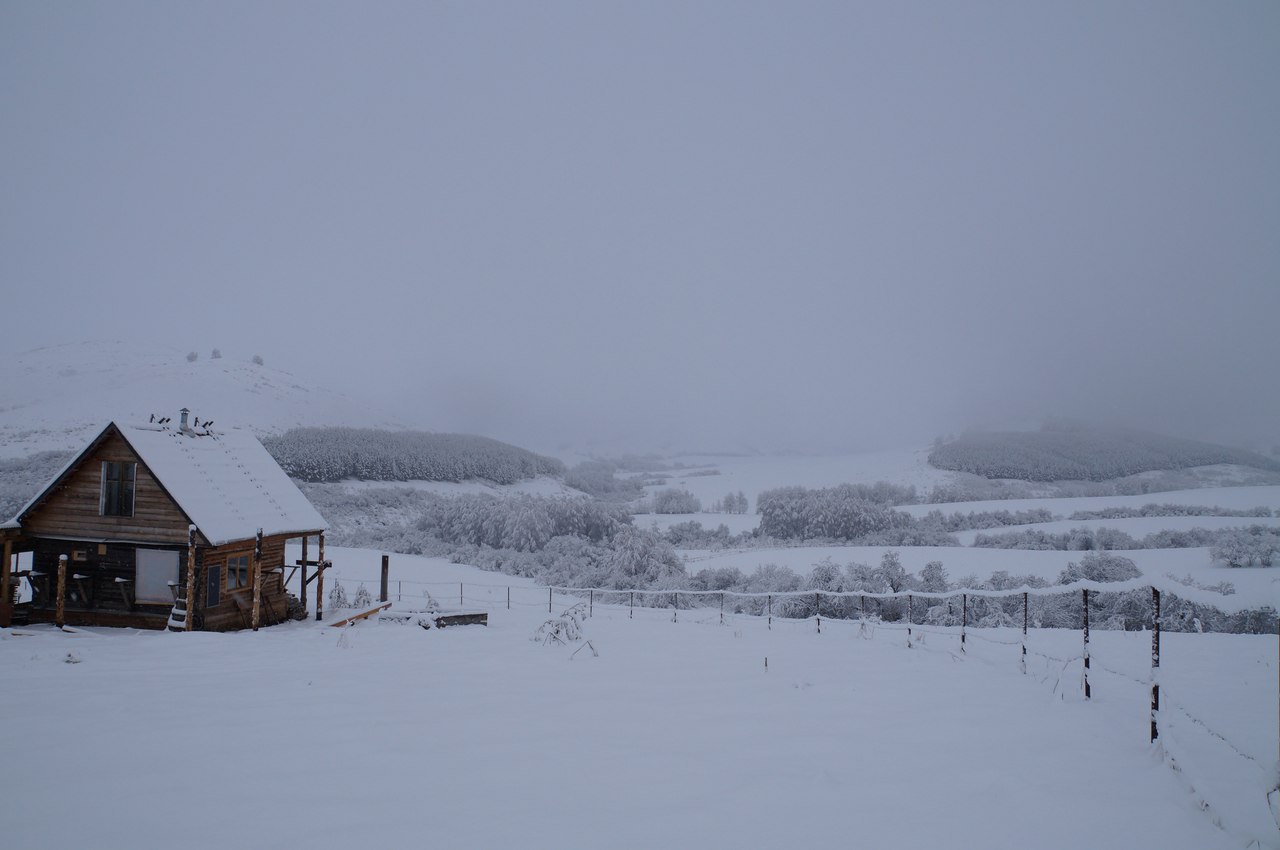 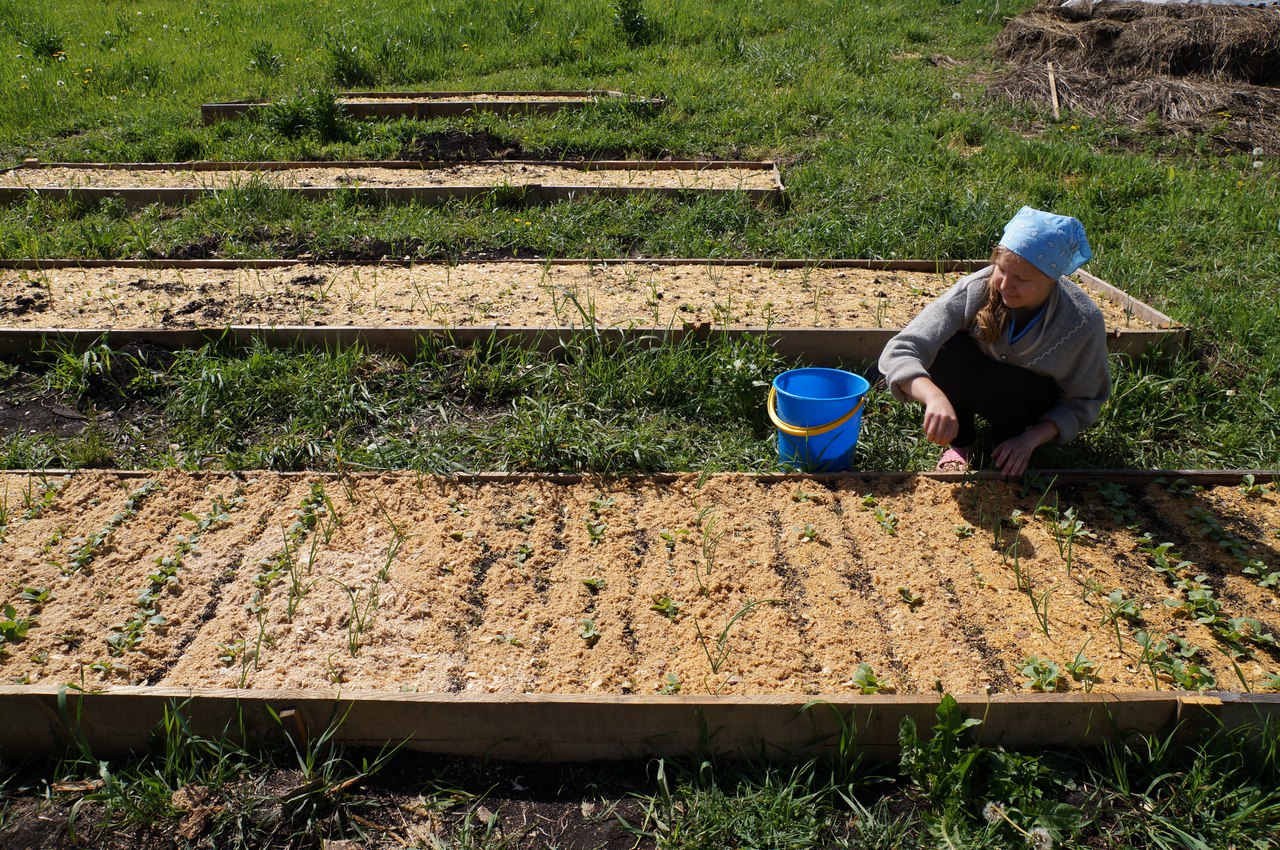 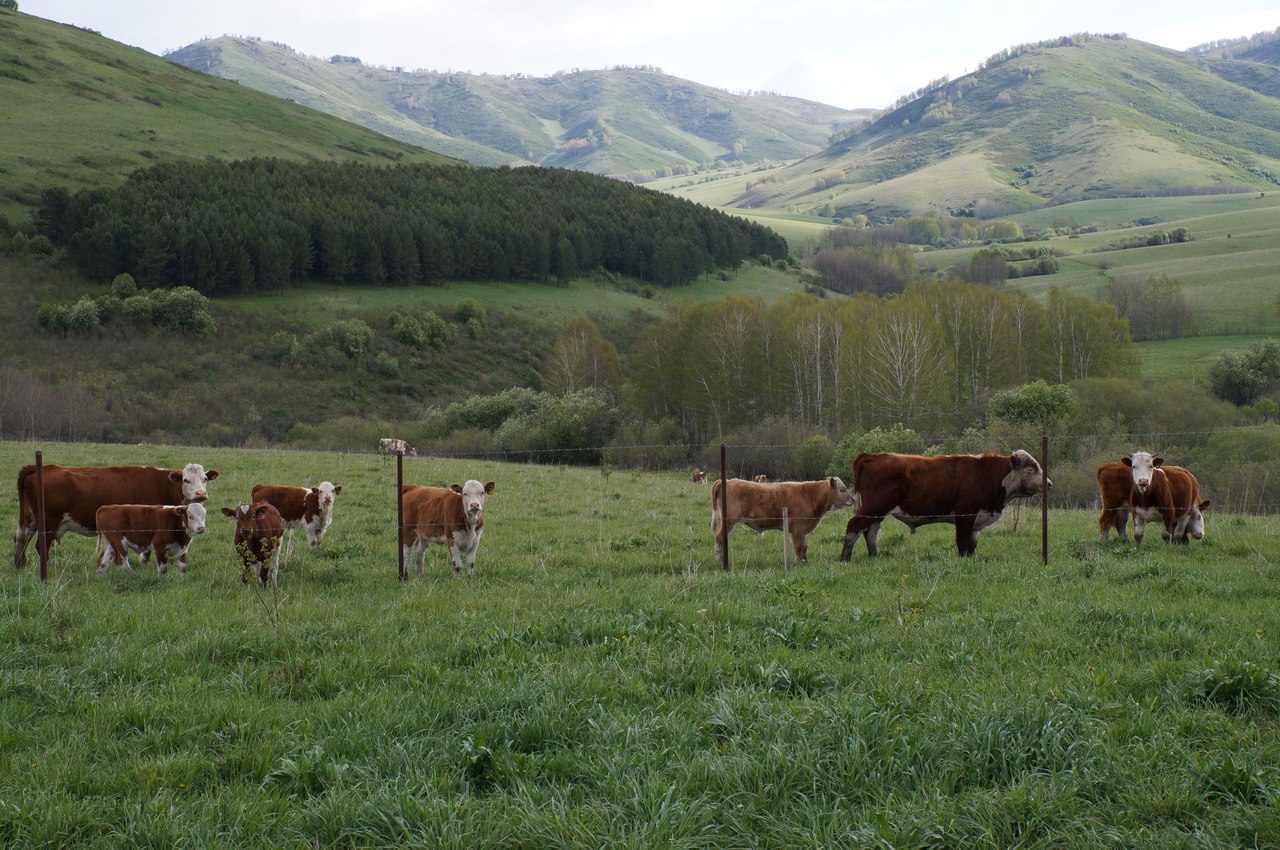 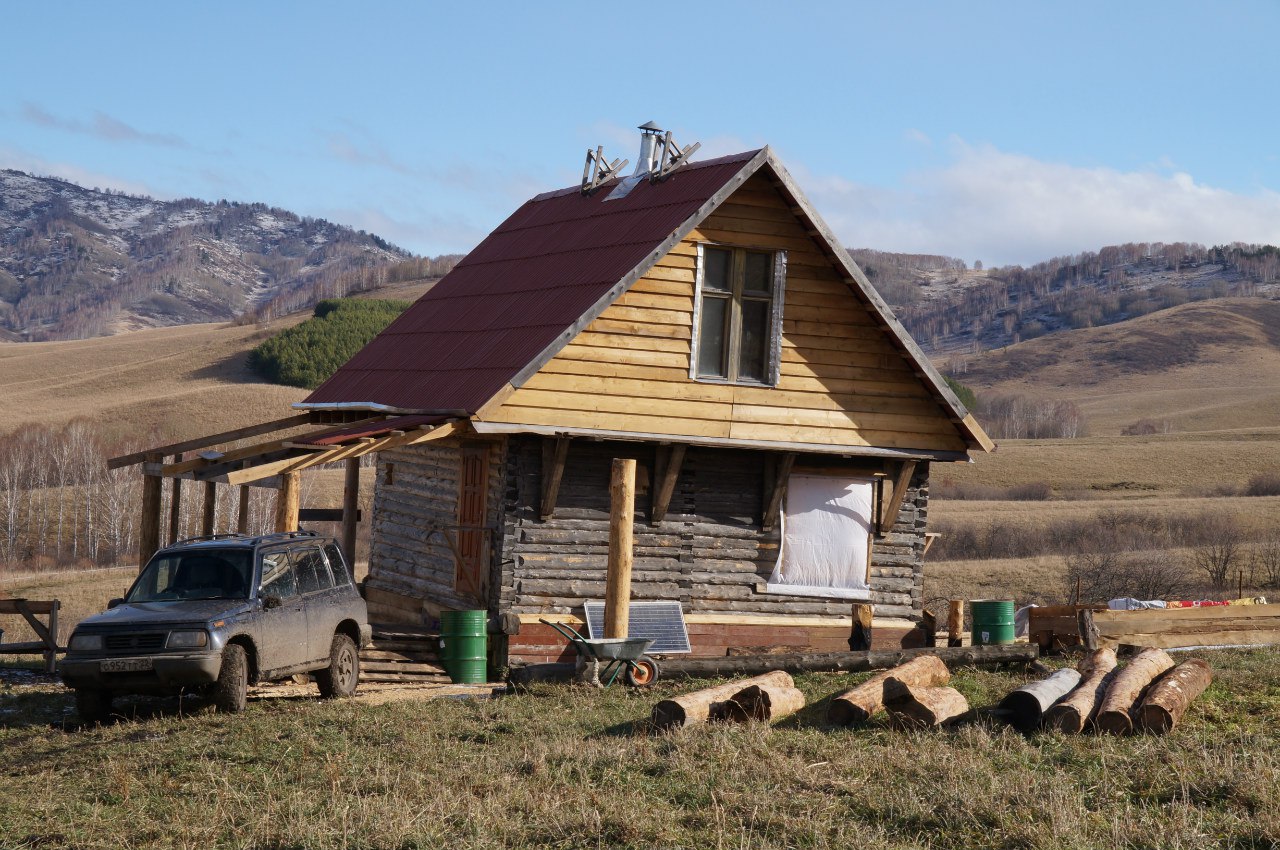 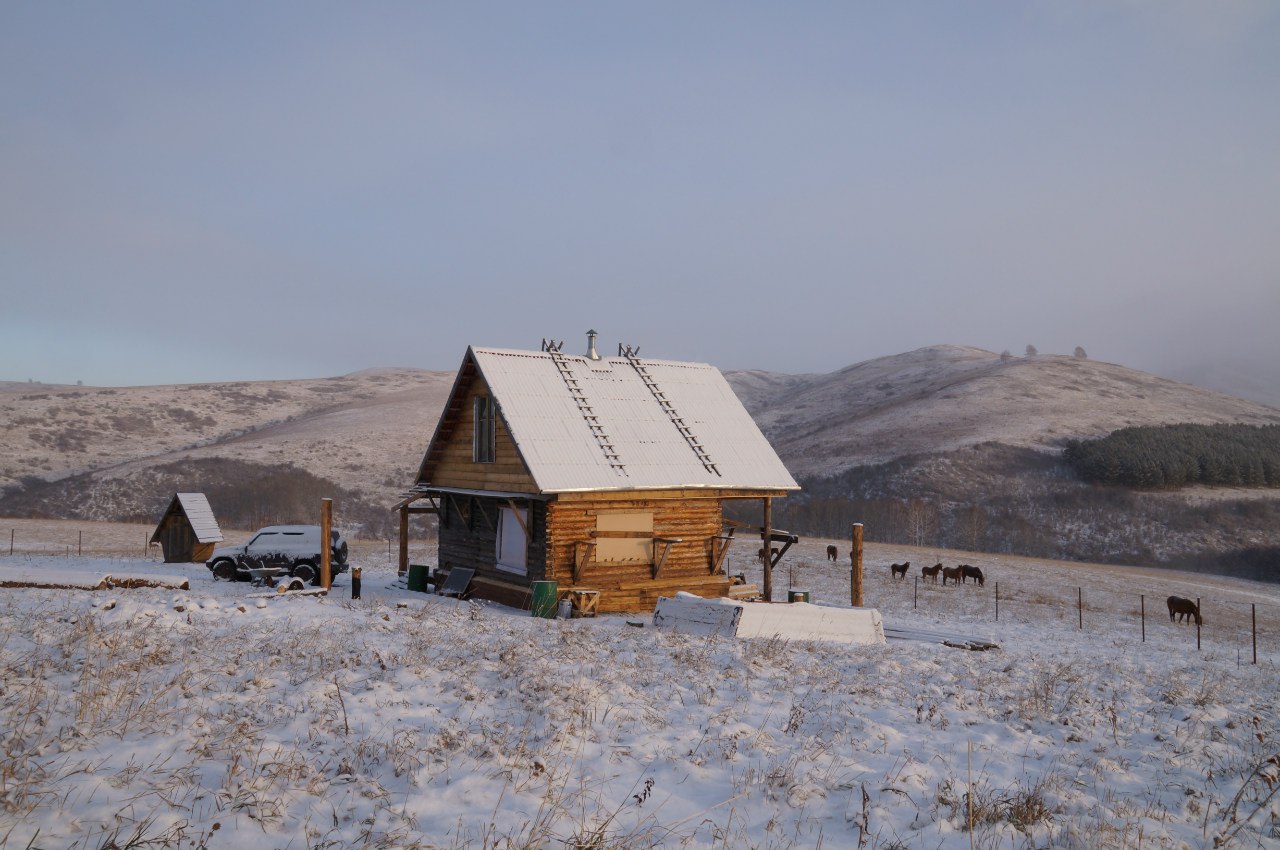 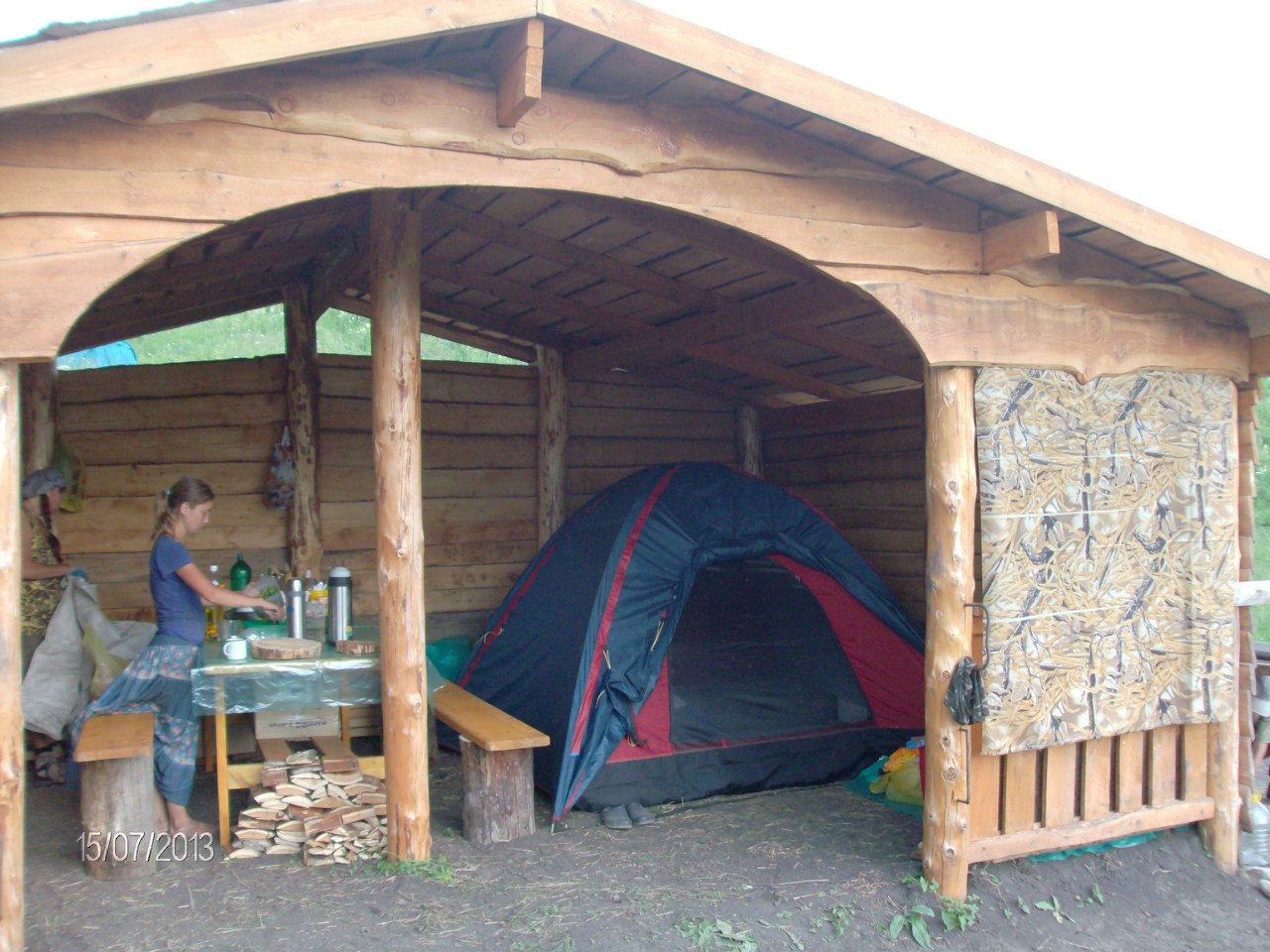 The settlement was created for readers of the Ringing Cedars of Russia series by Vladimir Megre and is based on the principles outlined in these books.

There are many forest areas on the territory. There are two 40-year-old pine forests. They are very dense; trees grow a meter and a half from one another. There is also a beautiful forest in the mountains. It consists of birches, poplars, and firs. The real Taiga begins beyond the mountain pass. It takes 1-2 hours on foot (one must cross the mountains) or half an hour to an hour on horseback.

The nearest major river is the Charysh. It lies 8 km from the settlement border. The small Tabunka river and several streams flow through the territory. They all spring from the settlement grounds. There are numerous springs, some of which dry up by autumn. All the water is drinkable and clean. Water is precious to us, and we must protect it.

The land in the settlement is splendid. There are wetlands with peat soil, but mostly the land consists of 1-1.5 meters of black, humus-rich soil, with loam and clay further down. The clay is excellent quality, as is the black earth which is made up of small sods — one couldn’t ask for better. One significant disadvantage is that there are no protective forests in the valley to block the wind.

All kinds of rodents live here, including mice, hares, polecats, gophers, steppe pika, steppe marmot, voles and moles, among others. There are also foxes and deer on the land. Bears live in the forests. There are also various birds: osprey, black kite, golden eagle, white-tailed eagle, hawks and owls are all found here. Cows and herds of horses graze without herdsman — it’s a common phenomenon in this area.

About 750 hectares are shared between 4 landowners. We plan to divide the land further in 2017-2018. We will give the land to future occupants according to the preliminary contract of purchase and sale — i.e. ownership of the land will be awarded after a trial period of 2 – 3 years. Currently we are offering the land at its cadastral value.

We are looking for neighbours who will be harmonious with our way of life; both with the land and with the other occupants.

The nearest locality is the district center, Charyshskoe village. From the last houses of the village to the nearest boundary of the settlement the distance is 7 km, approximately 9 km to the settlement center. In Charyshskoe you can acquire the most important building materials and tools. It has grocery shops, banks, and the regional hospital. According to local standards, it is a very large village with a population of about 7000. The nearest big city is Barnaul (the capital of Altai Krai). It is located 310 km away from the settlement. The nearest railway junction is in the city of Aleysk. 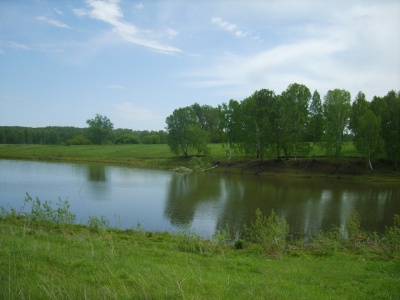