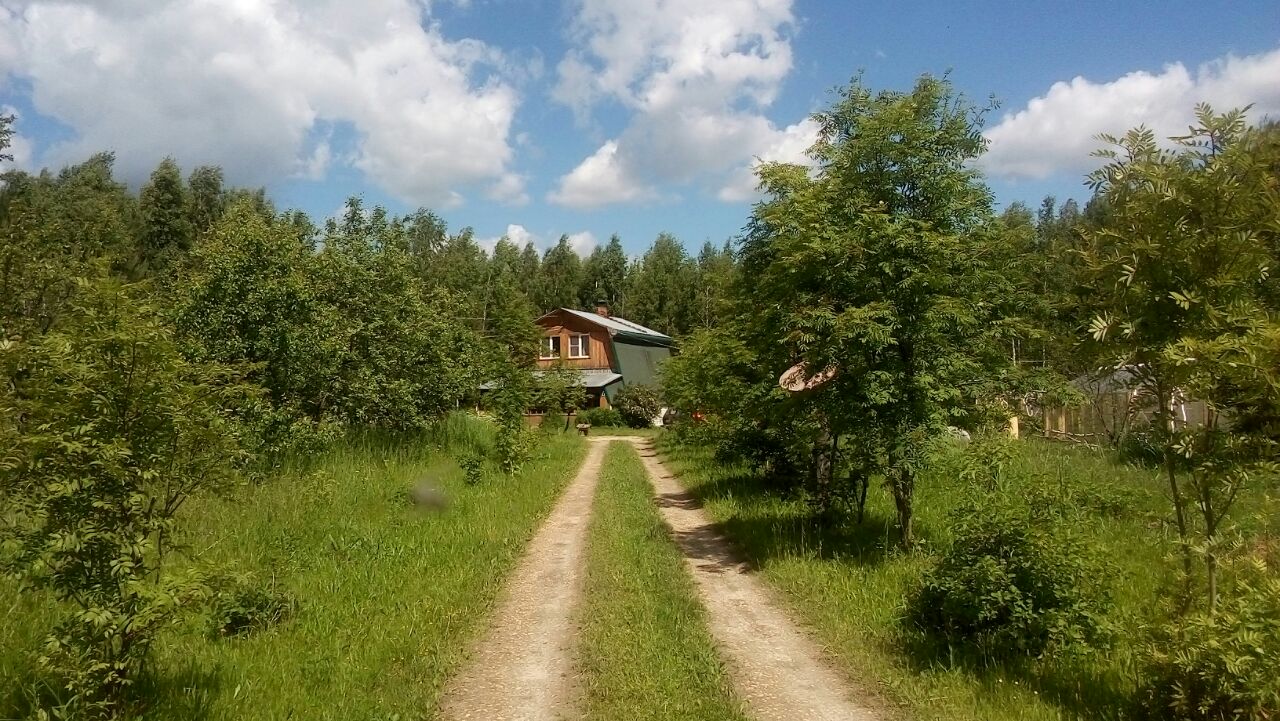 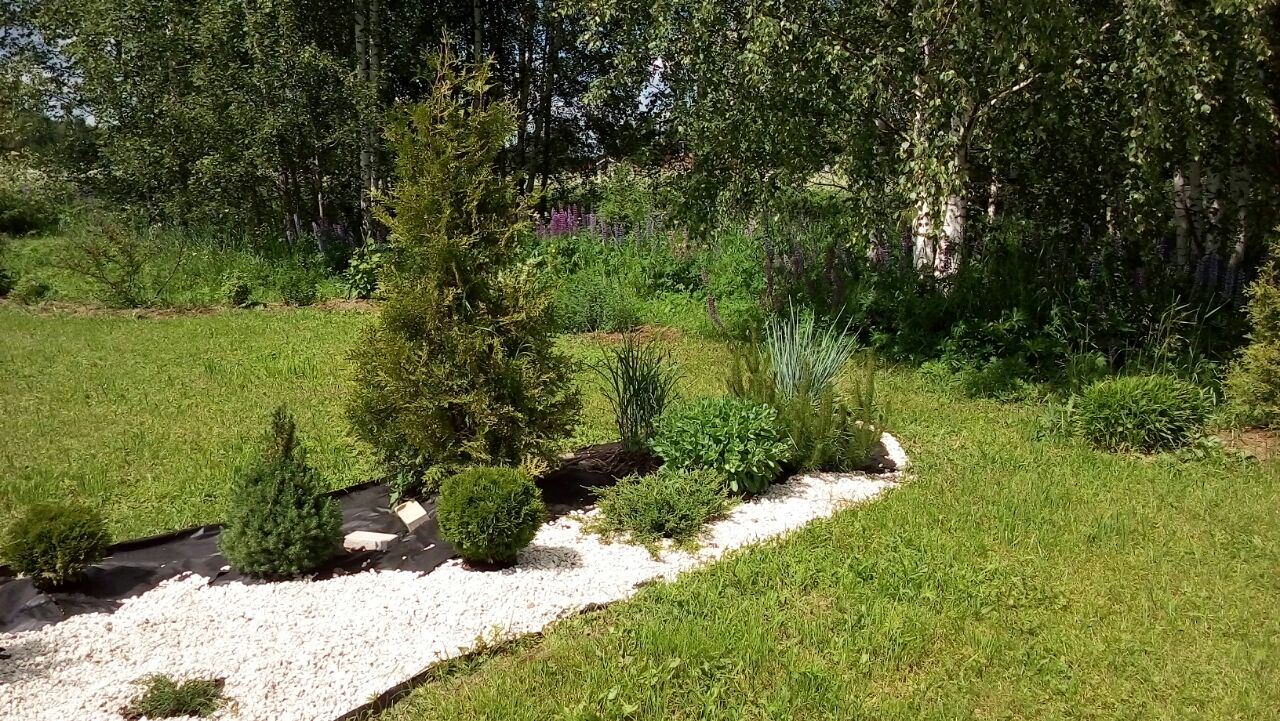 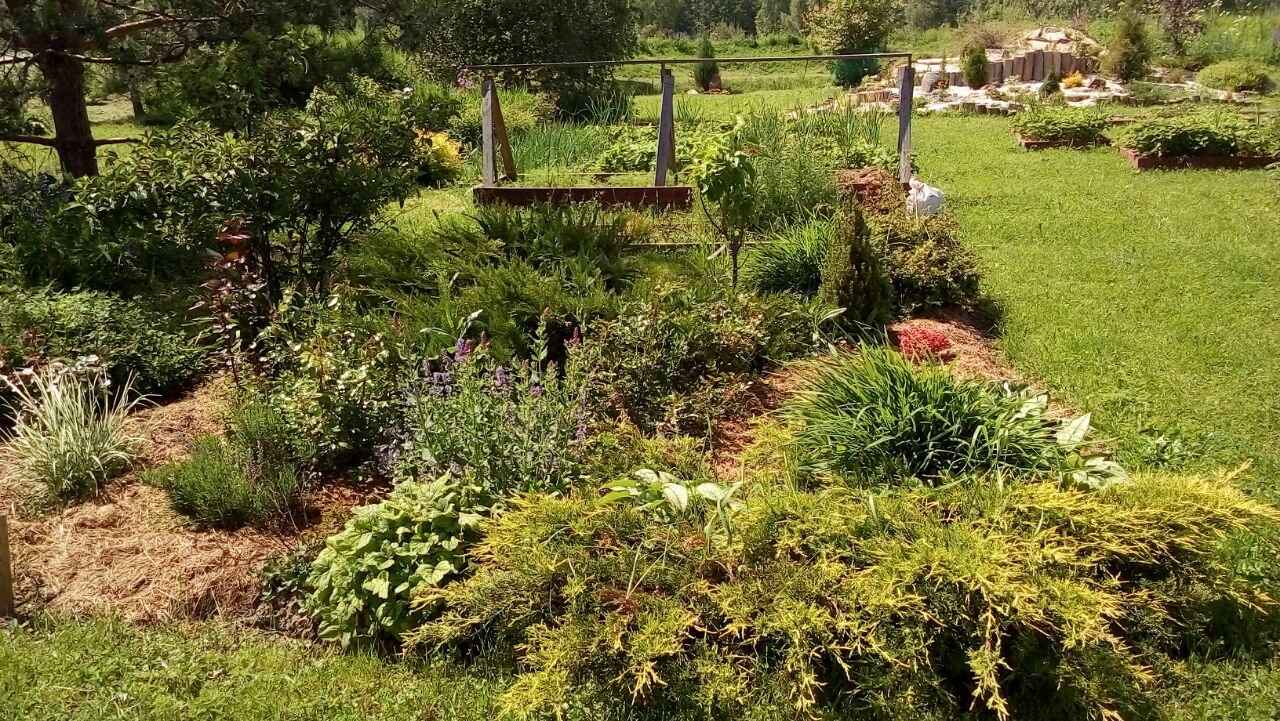 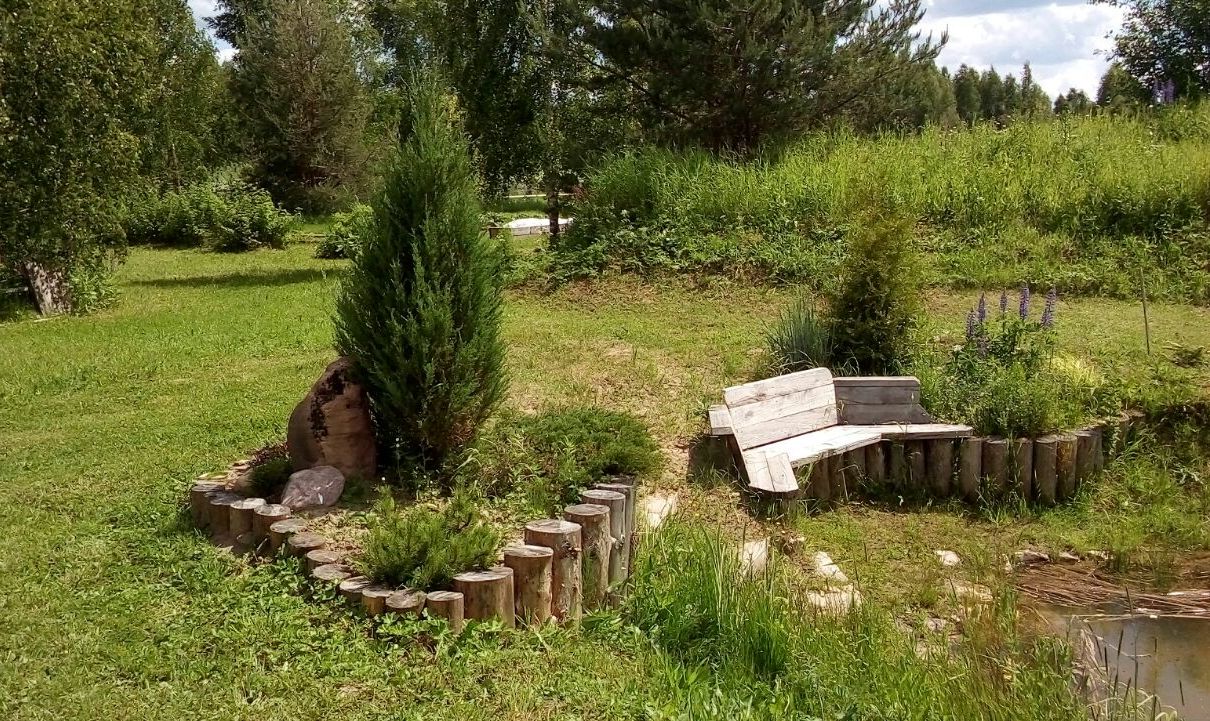 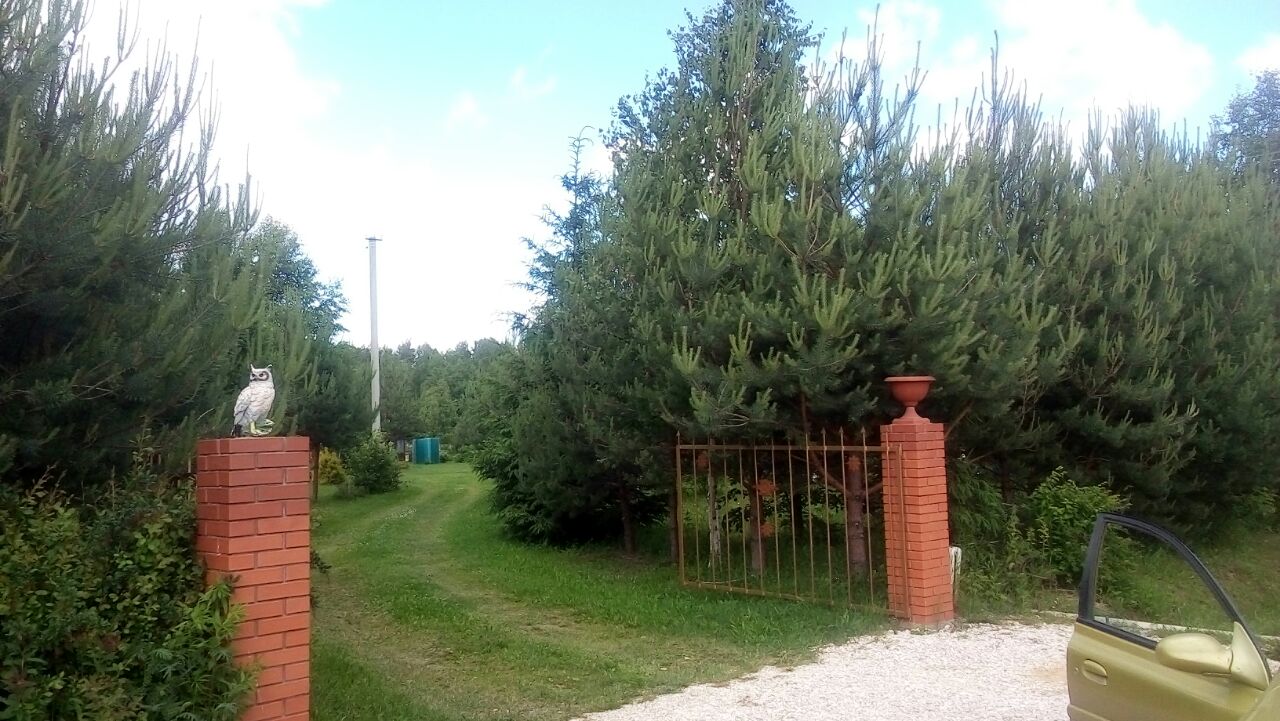 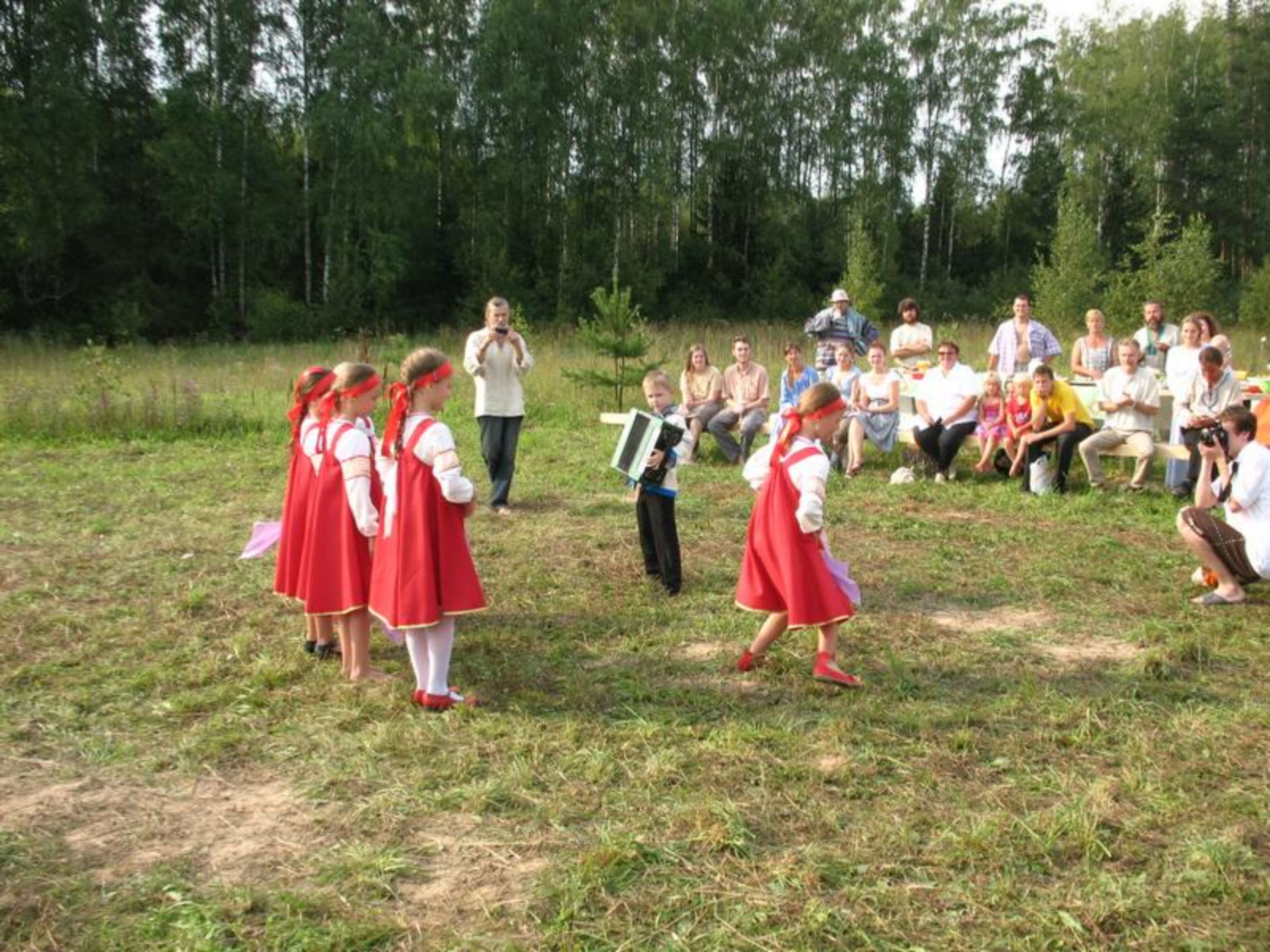 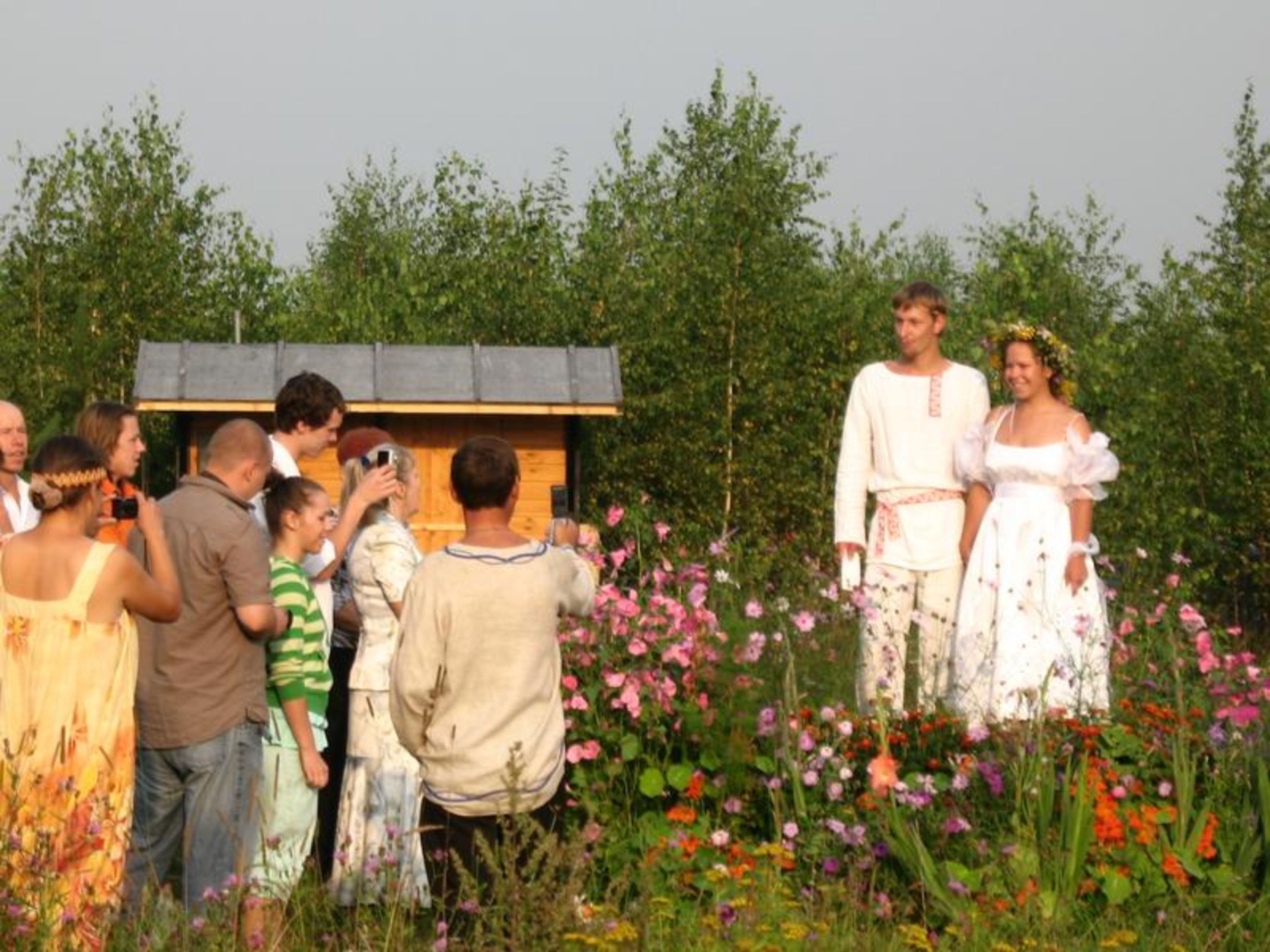 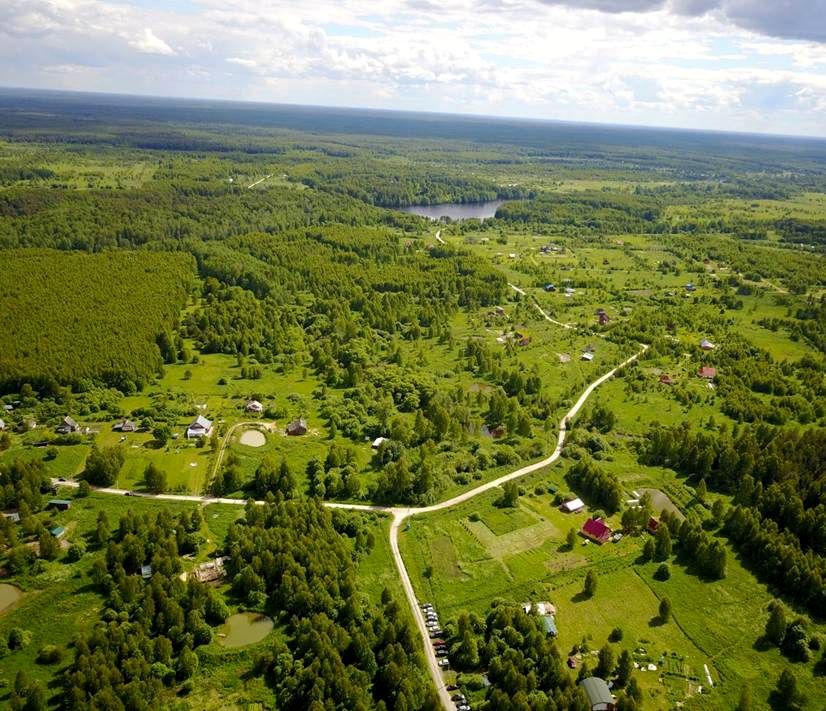 It all started when several readers of “The Ringing Cedars of Russia” books got together and formed a group.

It all started when several readers of “The Ringing Cedars of Russia” books got together and formed a group. In March 2001 they went in search of a piece of land for their kin domain settlement. They stopped at a point on the road overlooking the fields and decided that this would be the place. They could envision a large settlement with beautiful gardens and flower beds. They stayed, and made that vision a reality.

Before then we had lived like every normal “successful” person Moscow and the Moscow environs. We had it all: houses, apartments, cars etc. We had children, some still kids, others grown-up, but despite this none of us could foresee a joyful future. Then, Anastasia, the main character of Vladimir Megre’s books, helped us to imagine a brighter future. We heard her call and gratefully rushed to change our lives.

The first shares were purchased in 2002. In autumn 2003 we marked out the first parcels of land. In the winter of 2003-2004 we built 3 blockhouses on the "Rodnoe" field. In June 2004 a communal area of 70 hectares was officially recognised as the ‘Rodnoe Kin Domain Settlement”. In 2006, people starting to receive land permits for their homesteads. Other settlements, such as "Ladnoe", "Zavetnoe", and "Solnechnoe" also achieved official recognition at this time. In 2008 there was a survey to approve the "Mirnoe" settlement.

Time passed. Soon houses, dachas and ponds appeared. Young trees stretched out their branches to the sky. It became a place where the sound of music and children's laughter abounded. In spring 2009 about 200 families moved into family homesteads spanning an area of 300 hectares. Over 60 families are permanently resident in homesteads.

Seven children have been born into the kin domain settlement. In addition, families with children of different ages move in every year. Currently, all the homesteads are still under development.

Several times a year we meet near the lake to celebrate Earth Day, Harvest Day, Summer/ Winter/ Vernal /Autumnal Equinox and other festivals. We sing and dance in a circle, sing songs around the campfire, share seeds, saplings, and experiences with our neighbors. Some of our neighbours are bards, but there are also professional musicians: Irina Baturina, Elena Korolenko and Dmitry Ibragimov. They turn every meeting into a celebration of the soul. Children love these festivities.

We have learned a lot, but the main thing is that we learned to follow our dreams. We invite like-minded people from different parts of the country to come and take part in our settlement.

There are already people living here from many different countries, as well as native locals. We have residents from Russia, Kazakhstan, Kyrgyzstan, Moldova, Germany, America and Poland. There are 60 permanent residents. 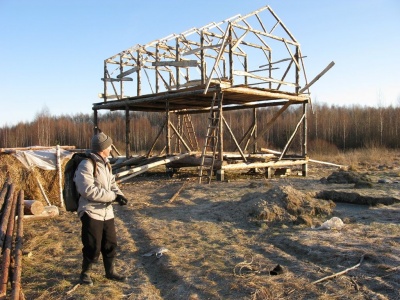 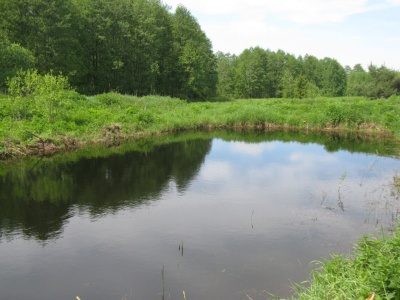